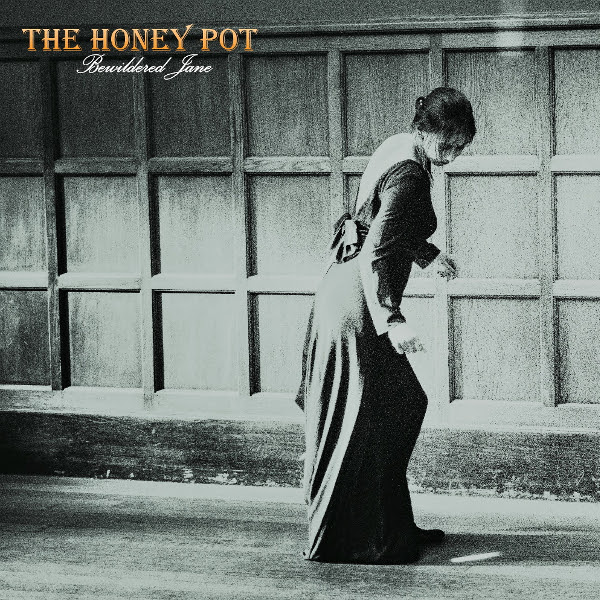 The Honey Pot have come a long way since their first album and then debuting on Fruits de Mer Records. Their fifth full album, Bewildered Jane, was just released on Mega Dodo Records and is by far their best album to date. Each of the ten songs stands on its own and shows a band who have found their vision. The vocal duties are split 50/50 with Crystal Jacqueline on five of the ten songs, with Icarus Peel and John Wyatt sharing the other five. You know that you are in for a good ride when the lead-off song hits you in the teeth. “Hadron Kaleidoscope” is a high-octane psych rocker with buzz-saw electronics, multi-layers of Crystal’s singing, and Icarus’ trippy guitar. The band then launches into “A Simple Act” in more of trippy psych blues mode that strikes me like The Doors' “Riders on the Storm.” Following that is “Await You Here” with its birdsong intro to an enjoyable slow, moody psych ballad that morphs into psych jazz fusion for the final two minutes. There is something elusive about the next tune, “Light Splinters,” with its raga rock composition, Crystal’s harmonies, and guest flautist Lizzy Wayne that makes me think of early Traffic, perhaps “Heaven Is in Your Mind.” The next song, “Dust Drawn Maps,” is only available on CD or download. This song is the Honey Pot’s take on post-Syd Pink Floyd-inspired music for a slow drifting song that could have been on Obscured by Clouds, and Icarus does his best Dave Gilmour impression. The title track is rapid hard-rocking song with liquified vocals. Then the Honey Pot hops across the pond for The Byrds-inspired “Harmony Ambassador.” This is another strong song that builds to a wonderful climax. Next is “Time and Tide” with acoustic guitar more liquified vocals, vocal harmonies, and Mellotron strings. “The Partisan Returns” is a particularly epic and cinematic song with lush Mellotron and Icarus channelling Jimi Hendrix. The album closes with “Waving Good-Bye,” another psych rocker with Icarus on wah-wah guitar to provide a great closure to this outstanding set of songs. If you have not yet experienced The Honey Pot, Bewildered Jane is a great place to start.