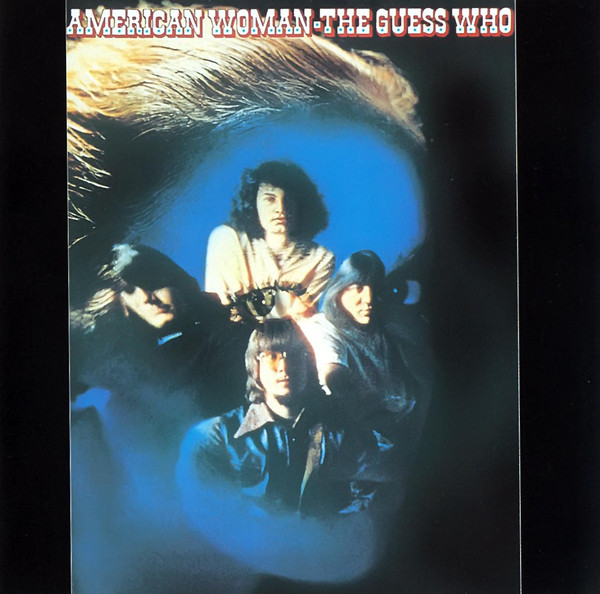 With the recent unexpected arrival of a new — yes, new — album from this long-running Canadian band, I was prompted to revisit what I feel is their high point. The Guess Who put out a number of fine albums, with everything from 1969 to 1971 being quite solid — and that two-year span includes five studio albums. But without a doubt, American Woman is the best of the bunch, a true classic of the psychedelic era that to my ears has aged quite well. It was one of the first albums I ever bought with my own money, and it has the distinction of being the only album I ever had dissected in class by a teacher. In 7th grade, my English teacher taught us about symbolism and metaphor in poetry by analysing the lyrics to several of the songs on American Woman. (I seem to recall we also covered a few Paul Simon compositions, but that’s neither here nor there.) There was a time when it might have been unnecessary to describe this music because it had permeated culture so thoroughly that a good half of the album seems to have been familiar to nearly everyone. But that was a long time ago, and today it’s likely more people know the Lenny Kravitz cover of the title track than are conversant with the original, let alone the other tracks. It starts out humbly enough, with a stock blues lick on acoustic guitar and some nonchalant mumbly singing. But then that riff kicks in, with some excellent lead guitar from Randy Bachman using wah-wah very skillfully. Even to pre-teen me, the lyrics were clearly using the titular character as a metaphor for American imperialism, especially with regards to the Vietnam war, but that didn’t stop people from construing them all sorts of different ways. “No Time” is a beautiful rock tune, constructed of a great chord progression, impeccable vocal harmonies, and a fairly straightforward lyric about the end of a relationship. And that amazing tone on the lead guitar. It’s a great variation of the sound the Byrds introduced with “Turn! Turn! Turn!” The next track is the enigmatic “Talisman,” full of evocative phrases and unclear symbolism. The intricate acoustic guitar parts feature unusual chords, and the vocal melody seems to avoid any notes that you would expect. Side 1 finished with “No Sugar Tonight / New Mother Nature,” which combines two seemingly different songs in a very clever way, laying two completely different melodies over the same chords. Side 2 begins with a simple boogie instrumental called “969 (The Oldest Man),” with some tasty dual guitar work over a shuffle beat. Halfway through, it drops down to a jazzy walking bass line under a flute solo. These jazzy inflections show up on “When Friends Fall Out” as well, in a chorus seemingly at odds with the style of the verses. “8:15” brings in some nice percussion for a funky blues vamp, and “Proper Stranger” is another solid tune. And it features the great lyric “Broke my mind, had no spare.” They finish off with “Humpty’s Blues,” a slow blues with harmonica, which leads most satisfyingly into a reprise of “American Woman” to bring it full circle. Taken as a whole, the album hits an appealing balance between familiar blues and folk rock sounds with more unusual elements, sophisticated harmonies and unexpected chords that hint at what would come to be called progressive rock. The mixture of acoustic and electric guitars is perfect, and Bachman’s lead work is stellar — maybe not flashy, but his tone is to die for. This release from March 1970 serves as one of the capstones of rock in the 60s, taking the best lessons and applying them artfully.

Related artist(s): The Guess Who