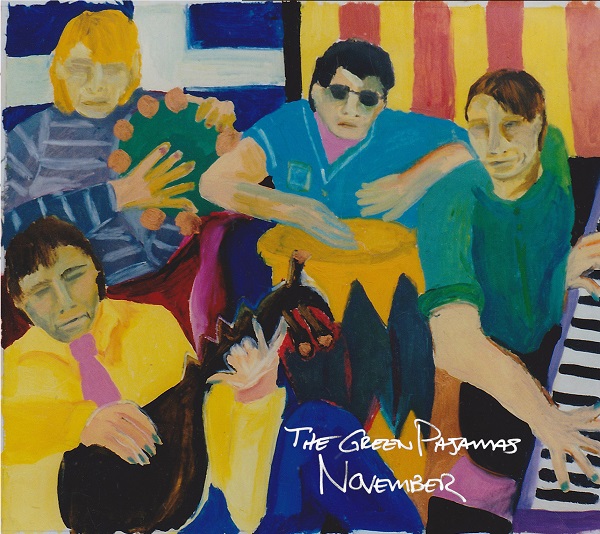 By 1987, when the Green Pajamas released their masterful second album, Book of Hours, they already had quite a backlog of material that hadn't been released — songs that tended more toward a garage sound than the more elaborate psych style that they were leaning towards. Their next studio album, Ghosts of Love, would continue in that same vein, so it seemed unlikely these other songs would find a home anytime soon. As a way of "getting this rock-and-roll stuff out of your system" (as producer Tom Dyer put it), they set up a live in-studio performance and recorded the whole thing as it happened. Afterwards, they went back to polish it up a bit, but ended up mostly preferring the warts-and-all raw sound. It was released as a cassette in 1988 with minimal distribution. In 1998, the material was remixed and made available as a download, but it's only now in 2013 that it's presented in CD form. While this set of 19 songs (just over an hour), jumps out of the gate with "Mary Magdalene" and a great garage riff, it's still recognizably the same band that made Book of Hours. Other tunes in the set would have fit comfortably on a studio album, with delicate sections and even some guest musicians on oboe and bassoon. "I Wish That It Was Christmas" is another rocker, but "What in the World" and "Just Like Seeing God" are as delicate as anything they've recorded. Audience noise is minimal, so you often forget this is a live recording. There are some vocal moments they probably would have fixed after the fact, but as a whole, the energy of the performance and the quality of the material shine above such considerations. November stands comfortably alongside Book of Hours and Ghosts of Love, and deserves the praise given by engineer Jack Endino: "Sort of the great lost Pajamas album."