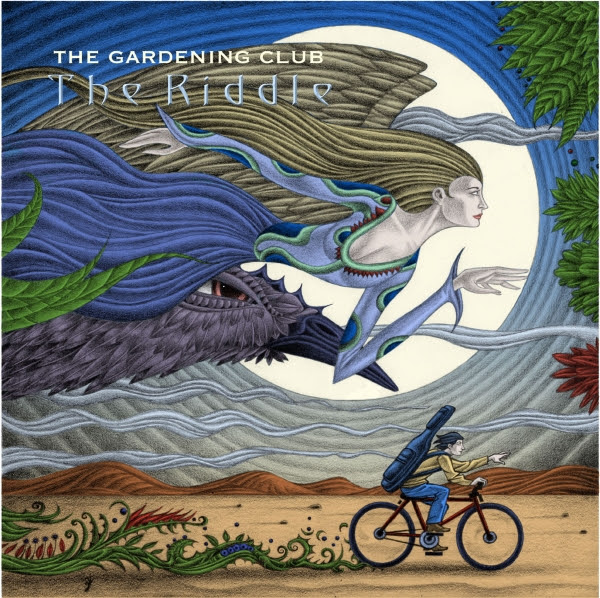 Martin Springett’s 1983 album called The Gardening Club is a pretty obscure item. I do not personally know anyone who’s heard it, though it was reissued in 2017 by Gonzo Multimedia and seems to have generated a bit of interest at that time. Apparently that reissue spurred Springett into reviving the project, and now, 35 years after the debut, there is a new Gardening Club album. This is an expertly made set of gentle folk-rock with some progressive tendencies. It’s a very English-sounding music, and one could easily expect to see Anthony Phillips listed in the credits — but no, this is a Canadian group featuring Springett with Norm MacPherson, Sean Drabbit, Wayne Kozak, and James MacPherson (I can’t find any listings saying who plays what other than Norm MacPherson being described as a guitarist). Other comparisons might include Ciccada and Celeste, for those familiar with European music. In addition to composing the music, Springett is responsible for the lovely artwork. He is a retired graphic artist, and has album credits going back to the 70s including Argent’s Circus album cover. “The Riddle Overture” that starts the album is one of the pieces that approaches progressive rock, with a full-band sound featuring some lovely synthesizer and slide guitar parts backed by acoustic guitar, bass, drums, and what sounds like a small string section. “Whirled Away” sounds kind of like a cross between a George Harrison song and something Anthony Phillips might have done on Sides. Other songs stake out related territories, even bringing to mind some of Peter Blegvad’s work. There are lovely interludes with finger-picked guitars and fretless bass to inject a hint of jazz; “Pauline” features a bassoon as the lead instrument; and I can’t help noticing the outstanding slide guitar on most of the tracks. The Riddle is a beautiful album, superbly crafted and full of nice touches without many hints of darkness. Normally I might be put off by this lack, but The Gardening Club drew me into their world, and I thank them for it.