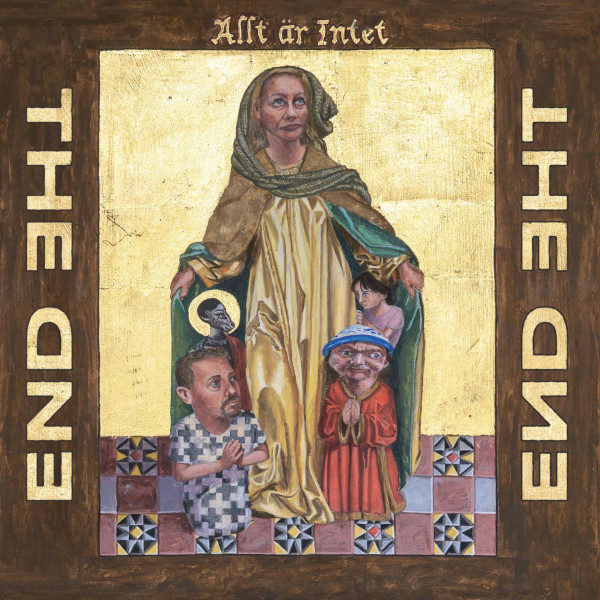 This group’s debut was one of the standout boundary-busters of 2018, and the follow-up is similarly uncategorizable. One of the joys of Svårmod och Vemod Är Värdesinnen was the sense of disorientation as the music unfolded, challenging expectations at every turn. Given the memory of that experience, listening to Allt Är Intet is bound to be different. Knowing what’s come before, you know it’s going to be a wild ride, so the twists and turns aren’t unexpected. That being said, Allt Är Intet is far from boring, full of distinctive sounds and creative arrangements. The fact that it’s freaking weird and intense may not be a surprise, but it’s still weird and intense. They ease into things with a relatively quiet piece called “It Hurts Me Too,” which features vocalist Sofia Jernberg backed mostly by droning langeleik (a Norwegian zither) and moaning clarinet along with subtle soft-mallet toms. Then they hit you with “Dark Wish,” which has a brutal riff on dual saxes backed by insane distorted noise from guitar and chaotic drumming. Eventually the guitar (baritone) settles into the role of bass while Mats Gustafsson rips out a wild baritone sax solo. It’s pretty intense, and five minutes in, they bring it down a little for Jernberg to rejoin. Aside from Gustafsson on bari and flute, they’ve also got Kjetil Møster on tenor sax and clarinet, and both of them are well-known in avant-jazz circles for their extended techniques; Jernberg keeps up with them on every level, capable of a wide range of vocal sounds. The guitarist is Anders Hana, and this is much more extreme work than he ever did with Jaga Jazzist. Original drummer Greg Saunier has been replaced by Børge Fjordheim, a Norwegian drummer with a fairly extensive resume featuring a bunch of bands I’ve never heard. He acquits himself admirably, with a loose but heavy style that suits the music perfectly. After the exhausting intensity of “Dark Wish,” it seems that the band will have to turn to less extreme sounds for the rest of the album, but things actually notch up with the title track — with some of the most interesting interpretations of 7/4 and 5/4 I’ve ever heard — and “Kråka, Rörde Sig Aldrig Mer.” This latter tune is a cathartic mass of ragged melodies, thrashing, and screaming that is impossible to ignore. Not for everyone, but for my money, it’s incredible stuff. Not something I want to listen to on repeat, mind you, but when the mood is right it’s just the medicine for a world on fire.