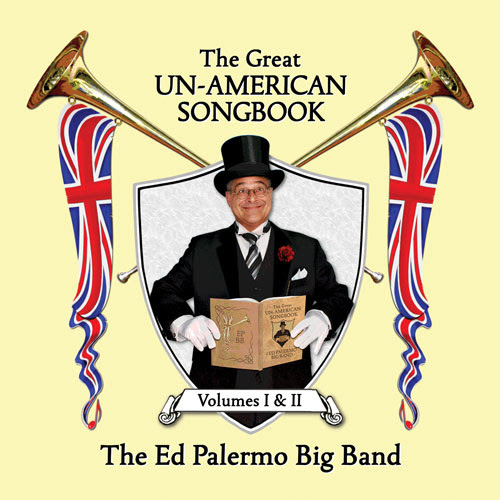 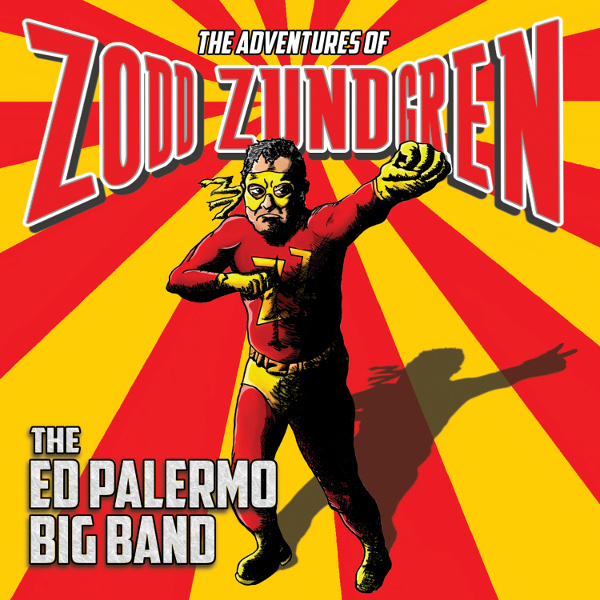 How big is big? Here, across 43 tracks, arranger and conductor Palermo has mastered the task of adapting works originally created by smaller groups for the big band treatment. He’s been doing this for years and across many releases, first focusing exclusively on the music of Frank Zappa, with albums like Eddy Loves Frank and Take Your Clothes off When You Dance; with 2014’s Oh No! Not Jazz, Palermo offered a set that started with a CD of Zappa material, then aded another disc of (mostly) originals, which established him as a composer as well. To be fair, there was a full album of blues covers in there somewhere too, which I have yet to hear. 2016’s One Child Left Behind carried on, mostly Zappa tunes, a couple originals and a few tunes originally by other artists. Which brings us to 2017 and the two releases that are the subject of this review.

The Great Un-American Songbook, Volumes I & II. released earlier this year, features twenty tracks across two discs featuring exclusively tunes by British artists mostly from the late 60s and early 70s (what we call the progressive rock era around these parts, or that which we grew up on), and no Frank Zappa at all this time! Opening disc one with what I consider to be one of the worst Beatles tracks ever, the big band treatment makes “Good Morning” quite listenable and enjoyable. The Beatles get more than their fair share throughout the set, with “Eleanor Rigby,” “I Wanna Be Your Man,” “Don’t Bother Me,” “Good Night,” and the mother of all hidden tracks (hidden here as well) an outrageous take on “Her Majesty.” What I like about the period selections is that Palermo doesn’t go for the obvious hits, but somewhat lesser known cuts like Procol Harum’s “Wreck of the Hesperus” (from A Salty Dog), Blodwyn Pig’s “Send Your Son to Die,” and the Rolling Stones B-side “We Love You” among them. Is there any song more deserving of the big band treatment than King Crimson’s “Larks’ Tongues in Aspic Part Two”? And for good measure they also follow it up with “21st Century Schizoid Man.” A mash-up of The Nice’s “America” and Green Day’s “American Idiot” opens disc two, which also includes the big band treatment of Arthur Brown’s “Fire” and Traffic’s “The Low Spark of High Heeled Boys”. A great set, beginning to end, can’t wait for volumes III & IV!

The more recent Adventures of Zodd Zundgren is a single disc (though with no less than 25 tracks) and shuffles material written by Frank Zappa and Todd Rundgren, giving them the 18-piece treatment, which includes three trumpets, three trombones, five woodwind players, bass, drums, piano, synth, guitar and violin and vocals, with Palermo mostly conducting. Of the Zappa tunes, “Peaches en Regalia” is here, but I think that was included on one of the earlier albums too (a different version of course), but that’s OK — can you ever get enough of it? Also invluded are classics like “Echidna’s Arf (Of You),” “Florentine Pogen” (on which he enlists Zappa Alum Napoleon Murphy Brock for the vocals), “Montana” (Brock on this one too), “Big Swifty,” “Zoot Allures,” and many more. Rundgren fans will be pleased with the big band arrangements of “Emperor of the Highway” (on which Napoleon Murphy Brock sings also), “Wailing Wall,” “Broke Down and Busted,” “Influenza,” and many more, including the timeless favorite “Hello It’s Me.” All taken, there’s an amazing amount of great material dished up here that sounds as fresh and engaging as ever in these new and brilliant arrangements.