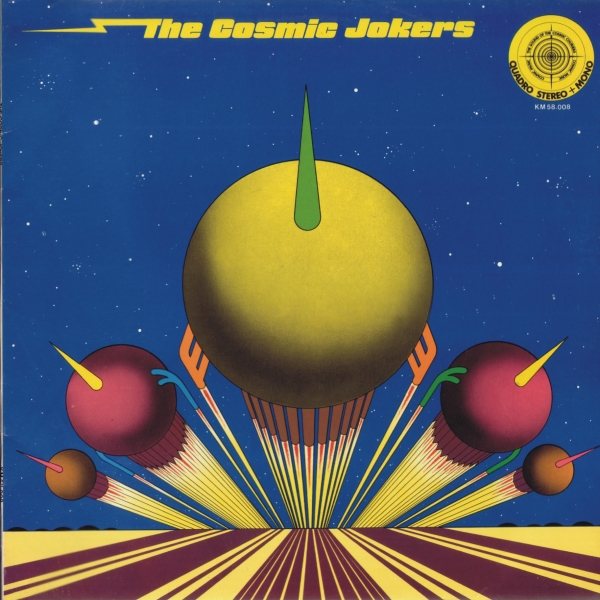 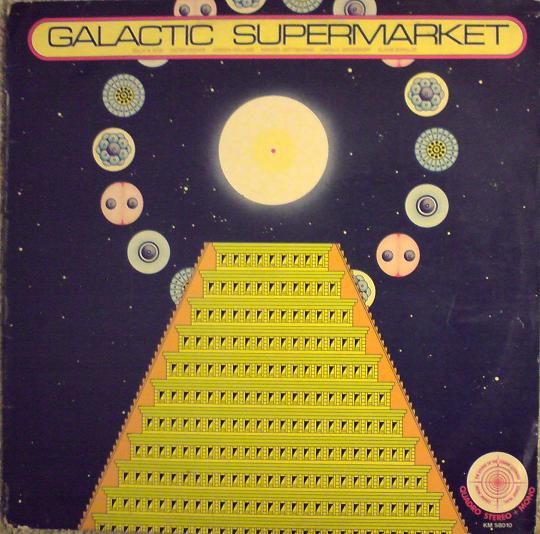 Give LSD to the Haight Ashbury scene in the bay area in the late 60s and you have the flower power generation; give it to a bunch of young radical German musicians and you have the Ohr, Pilz, and Kosmische labels. Take the best young German musicians from these labels, give them more acid, and record their jams (but don't tell them you're going to actually release the results). The result? The Cosmic Jokers. This was the album (and one of its follow ups — Galactic Supermarket) that used to piss Klaus Schulze off royally (or was that royalty?) as it was renamed The Klaus Schulze Sessions in France. Most musicians would comply with this feeling — imagine someone releasing your scrappy basement tapes on album and emblazoning your name on it? Well this ain't Joe, Bobby, and Billy covering "Louie Louie" in the garage for fun — this is truly a line-up of fine musicians — Klaus Schulze, Manuel Göttsching, Jurgen Dollase, Harald Grosskopf and several others taking a break and recovering from Wegmuller's Tarot sessions. So as you can expect this isn't just any recordings of jam sessions. Nevertheless it's obvious they are just improvisations, with alternating excellent parts full of invention and obvious filler. Yes I do believe these are a tad overrated — if it was the same jams by different names, I don't think these would have received nearly the hype that they do. Not that they aren't good — overall they're some of the best cosmic tripping on album — but if it wasn't for Schulze's appearance, I doubt most would care. Both albums are very similar, although Galactic Supermarket has more vocal whispering by Sternenmadchen with much more than a hint to Gilli Smith. You can pick the musicians out left and right — Göttsching's Garcia-like bluesy guitar licks, Dollase's classical rock meanderings, and Schulze's stoned synth experiments are all over the place. It's pretty simple, if Kosmic music is your thing — Ash Ra Tempel, Schulze, Xhol, Guru Guru, Tangerine Dream — then you'll probably love these. Otherwise, they'll probably sound like just another jam session.