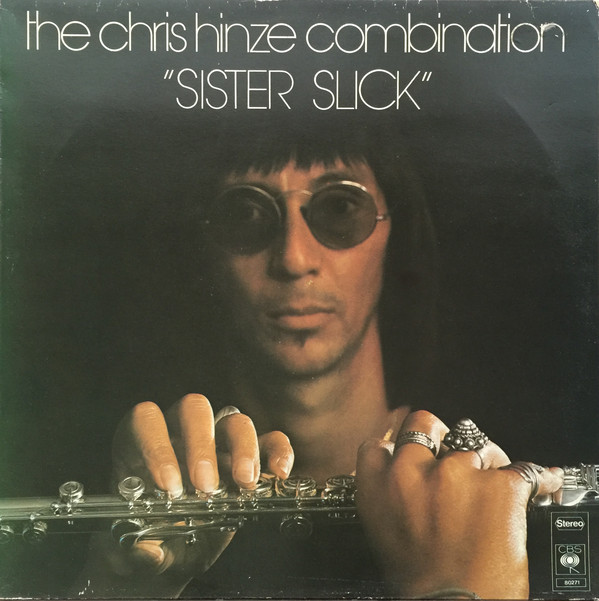 Most of what I've been writing about has found its way to the CD format, but for the most part the early 70s jazz rock albums by Dutch flautist Chris Hinze have remained un-reissued, and it's quite a shame. His band had a terrific lineup including guitarist Philip Catherine, keys player Jasper Van't Hof, and the vastly underrated rhythm section of John Lee and Gerry Brown. Hinze created albums that ranged from almost new age music to jazz, but in 1974 Mahavishnu was all the rage and fusion the style of the day. Of course it was quite a bit rarer to see fusion as the vehicle of a lead flautist, and so this had quite a bit of tonal coloring you didn't see as much elsewhere; Hinze brought in a bit of what you might think of as an ethnic-tribal tinge, a tendency that was much stronger on, say, Virgin Sacrifice. But Sister Slick was still a solid fusion album with a lot of technical prowess and had a lot of compositional parts along with the jamming. It followed on the almost equally great Mission Suite, an album with perhaps a bit more of the tribal feel mixed in, another un-reissued LP well worth looking into.