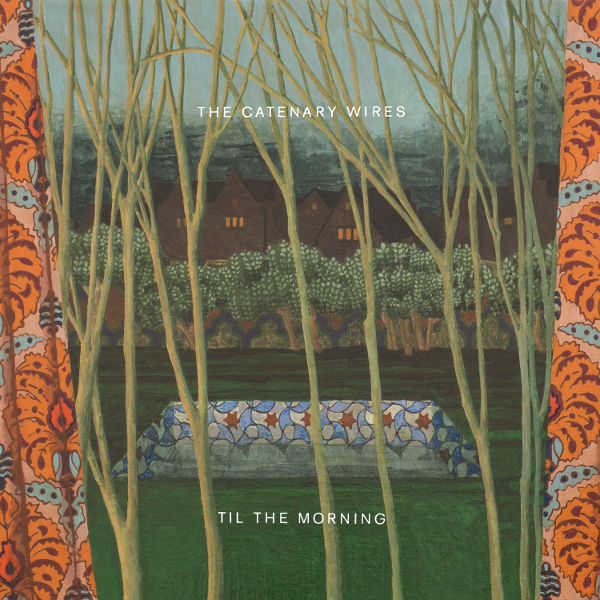 A catenary is the curve that a chain or cable assumes under its own weight when supported from two fixed points. Its graceful beauty lies in its simplicity. When Amelia Fletcher and Rob Pursey (formerly of Tender Trap, Marine Research, Heavenly, and Talulah Gosh) left London’s indie scene and moved to the country for a quieter life and to raise a family, they eventually gravitated back to music and formed The Catenary Wires. Not exactly folk music or acid folk, Til the Morning is more of a dream pop look a country living. The twelve tracks range from chamber pop to cyberpunk to catchy minimalistic singer-songwriter songs. The songs that stand out for me are The Raveonettes-inspired “Sixteen Again,” the moody bossanova of “Dark Brown Eyes,” the nod to Voltaire’s gothic punk “Tie Me to the Rails,” the quiet ambient home sounds of “So Quiet in this House,” and the introspective and trippy title track. The album is haunted by an air of unease, pulling hope from the saddest lyric by wrapping it in a gorgeous melody. And just like a catenary wire, the beauty of the music on this album lies in its simplicity. If you are looking for a calming effect on your hectic day-to-day life, check out Til the Morning.

New album from The Wrong Object