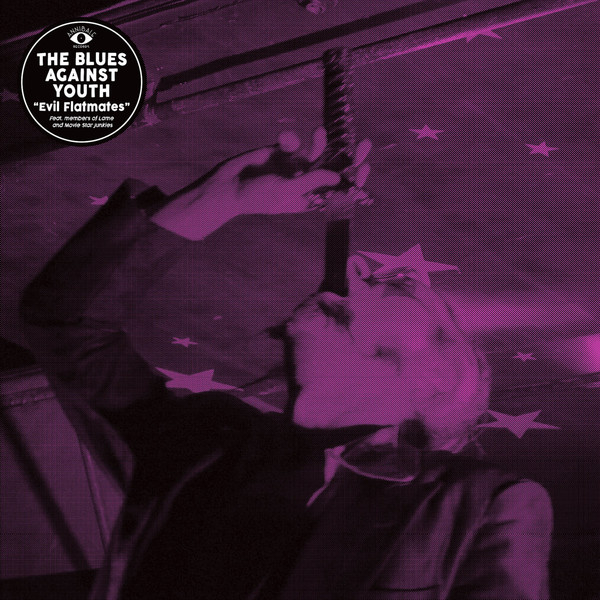 Refreshing. Authentic. And if you did not know better, you would swear that you were listening to one of the masters of Delta Blues. But more fool you. The Blues against Youth (TBAY) is in reality solo Italian musician Gianni Serusi, who performs vocals, guitar, bass drum, hi-hat, and whistle simultaneously. TBAY’s sound is deeply rooted in Delta Blues and Outlaw Country, a style that he has developed over the last ten years. TBAY’s discography includes five full length albums and five 7” singles. For Evil Flatmates, he has teamed up with Stefano Isaia on drums to record ten new songs in Turin, Italy. TBAY holds tightly to his country/Delta Blues influences on the album and occasionally steps out of his comfort zone to explore Johnny Winters’ influenced blues rock as on the opening and closing tracks “Injector” and “Injectors.” In between are some very laidback toe-tapping songs much like Robert Johnson. And then there is the beautiful “I See Your Eyes, They’re Charming” that reminds of the legendary American finger-style guitarist John Fahey. Another track that is pushing TBAY’s limits is “Growin’ and Drownin’,” a happy upbeat song with megaphone vocals in the style of Leon Redbone and Dan Hicks. Evil Flatmates is a breath of fresh air in today’s electronic/synth dominated music. The minimal arrangements are exquisite and well worth investigating.

Related artist(s): The Blues against Youth

Light - The Story of Moses – This album sprouts directly from the treasure trove of Dutch prog rock, although it took a Spanish label to finally release it on CD. The music is inspired by the great classic composer Bach, but in...  (2007) » Read more