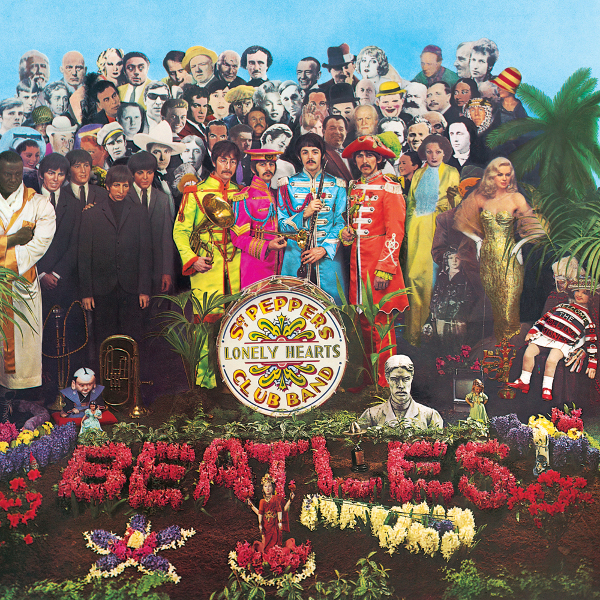 It seems almost silly to take this one on in writing — one of the era's most iconic albums along with one of the era's most iconic covers. It's almost superfluous to talk about the album's sheer brilliance and its quantum leap forward for pop as an art form. A good 75% of the album's songs are classics of how songwriting was enhanced in the psychedelic era, and most of them changed the game at the time, no doubt due to how the band's increasing popularity gave them access to all of the latest studio technology. And this technology really went to the service of the songs, allowing the creators to bring out a technicolor range of sounds and tones. And like with jazz, many of these songs went right into the common repertoire of the day, just off the top of my head, Hendrix redid the title track, Joe Cocker made "A Little Help" his own and William Shatner turned "Lucy" into a minor kitsch classic, all within two years of the release of the album. This album acted as the template for a lot of art music to come after, not least in its existence as a concept with a story, but few of those concept albums to follow held the same sense of joy, naiveté, and sheer wonder as this release did. It's probably hard to separate one's impression of this album due to the heavy radio play of most of the music here, but if you're interested in tracking down the lineage of a lot of your favorite music, it's unlikely the road won't go back through this masterpiece.