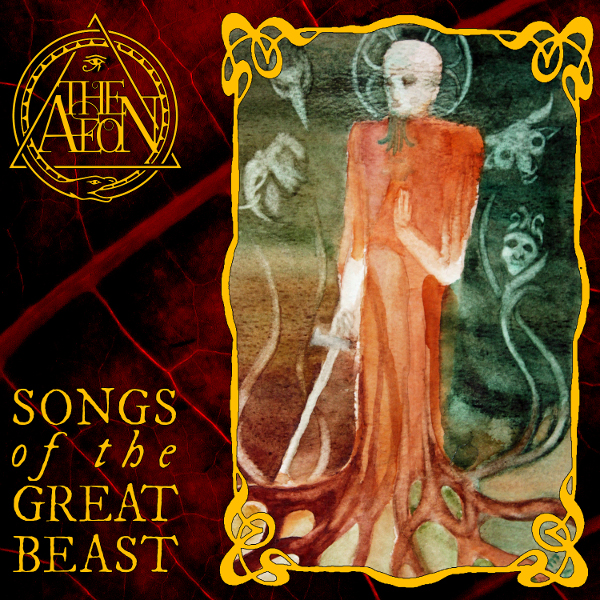 I have to admit that I’ve always found the obsession that some people have with Aleister Crowley somewhat comical, but I guess I’m too much of a rationalist to take that kind of thing seriously. I must admit that lots of people go for that kind of mysticism, and it’s certainly provided inspiration for artists of several generations. The Aeon is a group of musicians who originally came together to provide the backing for a play based on Crowley’s writings. The “magic” was strong, and they decided to really become a band. Songs of the Great Beast features music by Tuukka Tyvelä with Crowley’s words. With this kind of material, there are several ways that could be taken. Rather than leaning towards dark metal, The Aeon goes for pagan folk music based around acoustic guitar, violins, mandolin, accordion, and cello, led by Anna-Kaisa Kettunen’s lovely vocals. Drums and percussion do appear, though the result is not really rock. I’m reminded of Blackmore’s Night crossed with Garmarna or Gjallarhorn. The lyrics are in English with such titles as “Hymn to Pain,” “Hymn to Satan,” “Hymn to Lucifer,” and “Bornless One,” but if you don’t pay much attention to the lyrics, you’ve got some talented acoustic players with interests in both medieval folk and psychedelia playing some catchy tunes with occasional moments of overly serious chanting. There’s even some uncredited Mellotron. All in all, it’s an enjoyable way to spend 38 minutes unless you’re turned off by the subject matter.

Zapotec - Alpha Centuri – When I first listened to this disc, I quickly categorized it as jamming space rock. The first track builds from quiet ambience to a throbbing jazzy thrash, consisting almost entirely of an...  (1999) » Read more