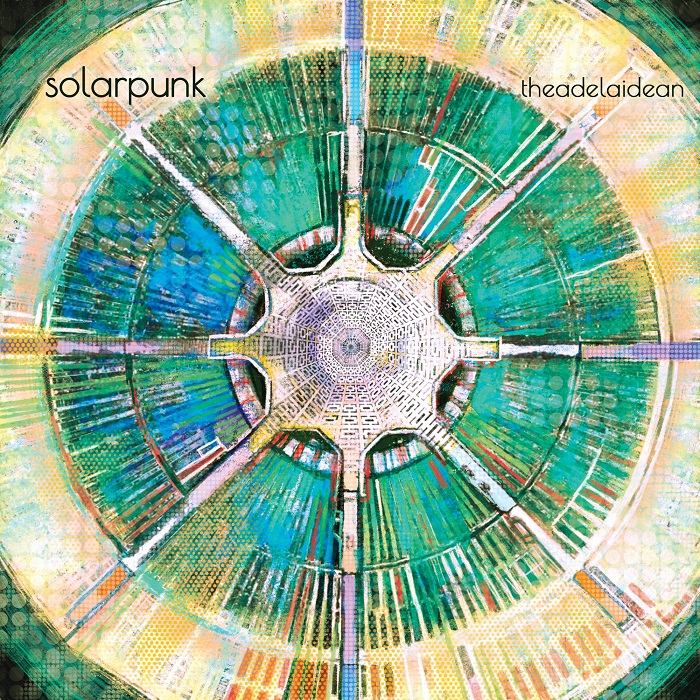 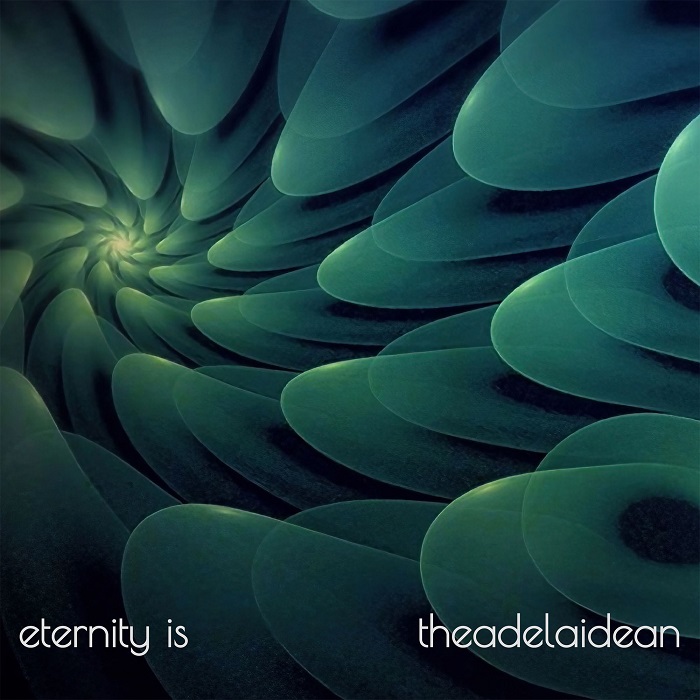 Sean Williams (aka TheAdelaidean) is one busy guy, this year is only half over and he already has three full length releases to show for it, and that’s in addition to his written works (he is also a best-selling author) and his work as director of the South Australian Maritime Museum in Port Adelaide. Solarpunk draws on the movement of the same name for its inspiration, a movement that optimistically envisions how the world may look after we solve many of our contemporary challenges, including sustainability, pollution, and more, reflected mainly in the titles of the album’s eight long tracks, totaling over 77 minutes. The opening cut, “Gathering Dawn,” dives right in to an organic floating ambient mix of sounds that slowly envelops the listener, a mass of swirling and slowly evolving textures that is at once warm and cold, near and distant, without any defining melodies that one can take away from the experience. Each of the eight tracks is discrete, with long fade-outs and fade-ins. Following the opener we have the richly orgnic “Luminous,” again drawing the listener into a world that changes at a glacial pace, often drifting into episodes of near silence before shifting slightly to highlight a substantive chordal abstraction in classic minimalist form. Other standout tracks include “The Maker’s Journey,” a massive swirl of slow waves and cyclical dreamforms, with deep subsonic flourishes alternating with blasts of tonal color making beautiful vistas in deep space. The longest cut, at nearly thirteen minutes, is “Embrace the Sun,” a slow moving wash of shimmering starlight anf floating beauty in a constant-evolving state of flux, with howling sounds exploding slowly amid a very subtle chorus of bells and other interesting sounds; “Cyberlight” drifts slowly forward like frozen icy atmospheric vapor with some curious percussive sounds hovering in the depths below.

The most recent release, Eternity Is, contains much of the floating, shimmering beauty that will easily engulf a listener in a warm blanket of mystical cosmic drift, its four long tracks creating a 66-minute journey far into the outer reaches. “Against All Expectations / Nothing But Itself” opens the proceedings with a slowly evolving cyclical floating drift that mixes various chordal elements as it proceeds along its near-seventeen minute path in a classic floating ambient fashion. “Sodium Lights in Sequence / Highway, Homeward Bound” evolves slowly with a three note bass sequence guiding it along, with gentle but enriching atmospheric chordal blasts marking the various points along the journey home. “The Final Stroke of Midnight / On All Hallows Eve” moves along gently with some randomly repeating bell-like sounds clocking the passage of time, while elastic sonic structures throughout the spectrum breathe and grow is the surrounding space while the piece proceeds — at times almost sounding like angelic voices in the distance, The closing track is the 24-minute epic “The Leaves of Autumn, Falling / Summer’s Golden Tears,” drifting along with powerful hints of shimmering color and warm beauty all guiding the proceedings into a soft and gentle flow that meanders slowly to the piece’s conclusion. Both of these albums, it should be noted, are only available as downloads from Projekt’s bandcamp page. Both are solid entries into TheAdelaidean’s floating ambient canon, and listening to one right after the other will surely send the listener into a better, more peaceful state.