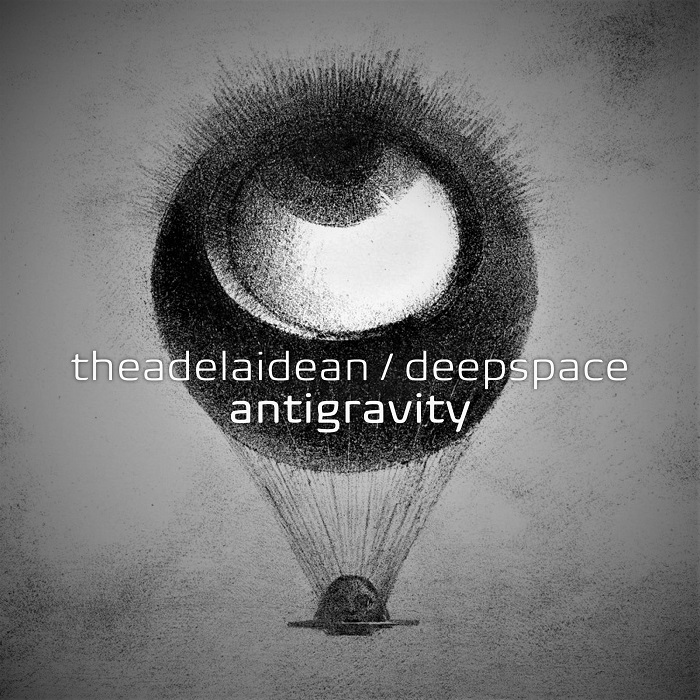 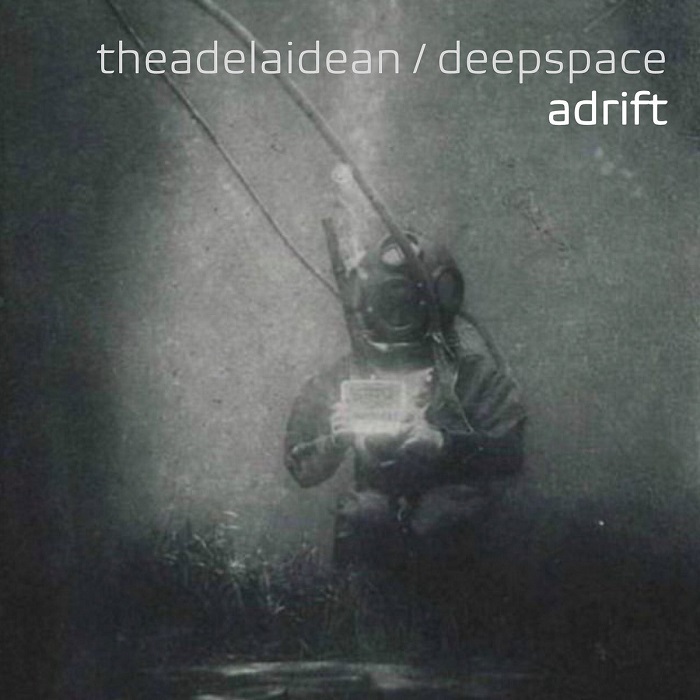 TheAdelaidean is ambient soundscape composer Sean Williams, presumably from Adelaide, Australia; Deepspace is the moniker used by another Australian ambient composer, Mirko Ruckels, from Brisbane. TheAdelaidean and Deepspace have done two collaborative releases in 2021, Adrift, which saw a February release, and Antigravity, which was released in November, and the difference between the two releases shows surprising growth in how the two approach their craft together. The influences are clearly evident on the earlier release, with Steve Roach, Robert Rich, Zeit era Tangerine Dream, Michael Stearns, Alio Die, and Brian Eno all figuring in prominently, and as far as floating ambient music goes, the six pieces on Adrift pretty much typify the genre, and even if a little generic, the sound is textural, flowing, and intensely beautiful at times, dark and mysterious at others; the six pieces fit together well as a journey of sorts, and a seventh track which is a compilation of the full album is included in the download. Don’t expect any fast synth sequences or percussive elements here, this one floats in the purest sense, and has a strong power to change the listener’s mood into calmer states and even serve as a gateway to slumber. The second-to-closing track “The Lowering Staircase of No Fears” is especially potent, but in fact everything up to that point and beyond is a perfect transformative meditation. Fast forward nine months and we arrive at the second collaboration, Antigravity, where the duo is moving forward from their earlier effort, elucidating a far less derivative sound that goes well beyond simple floating textures and reaches into novel and fresh ideas that blossom as each piece unfolds. Again, there are six tracks, and like its predecessor, the entire album is collected in a single seventh track. It still fits squarely in the floating ambient subgenre but there are fragments of melodic color sweeping through the soundscapes and interesting fragments of sound that brighten up the horizons; a listener will likely find this as far more attentive and less of a slumber gateway, although its mood altering properties remain powerful like its predecessor. Taken together, these two track the collaborative work of TheAdelaidean and Deepspace on a trajectory that shows much promise for any future releases.