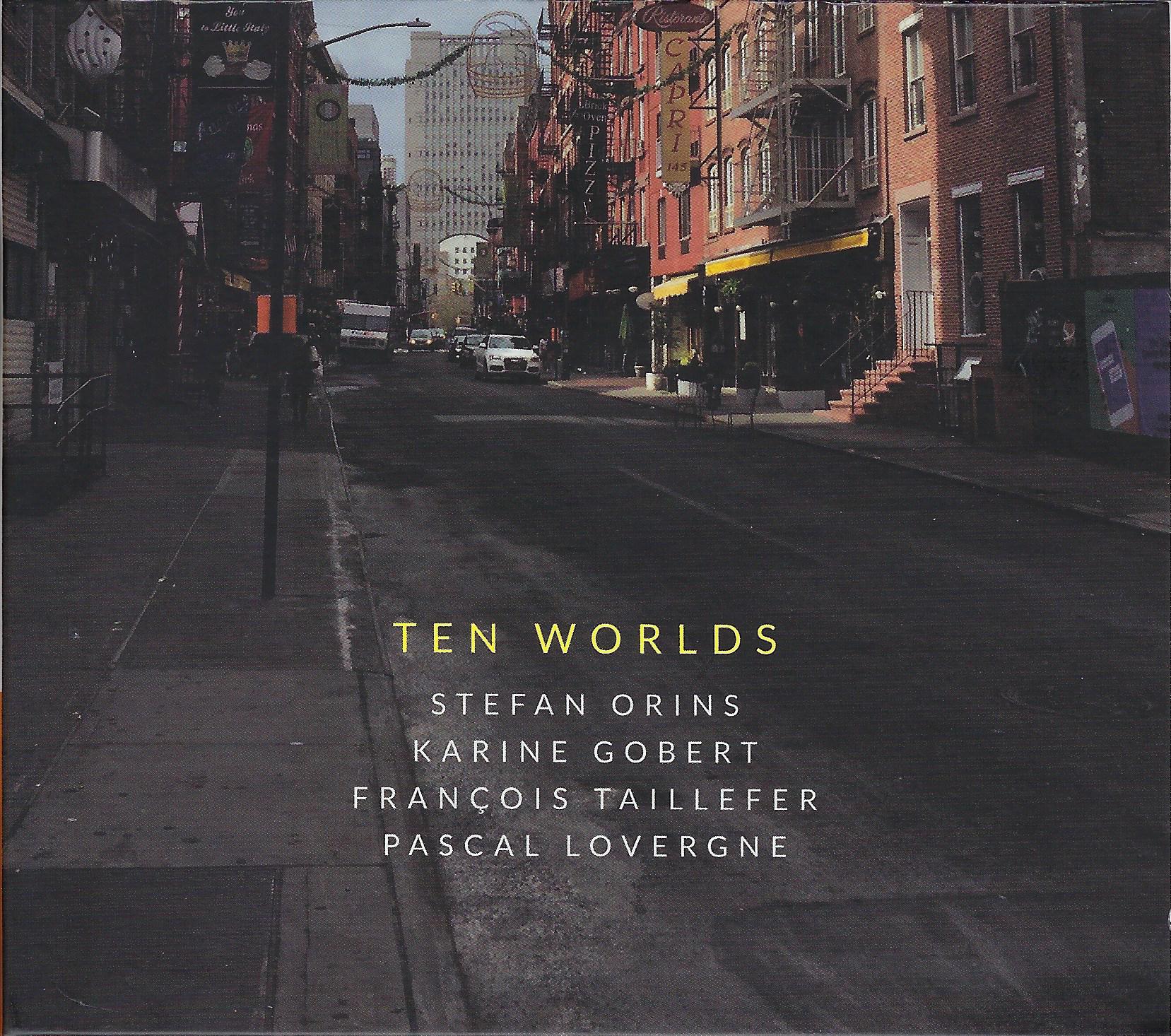 Ten Worlds is the latest foray into the area of vocal jazz by french pianist Stefan Orins, who composed all of the music on the eleven titles herein. Of equal importance is singer Karine Gobert, who wrote all of the lyrics, and brings the sounds to life. Supporting them is drummer and supporting vocalist François Taillefer, and electric bassist Pascal Lovergne. Most of the pieces here were originally performed, in instrumental form, with Orins’ jazz trio on the album Bonheur Temporaire released back in 2006. Orins tasked Gobert with coming up with lyrics that she could sing on the pieces, and so Ten Worlds was born. While some would suspect this is merely a studio project, they would be incorrect, Ten Worlds is a real band, gigging and touring, and although the schedule is light (mainly because Orins has his hands in so many other things), one might expect more live performances in time. I can’t say that I’ve heard the aforementioned 2006 album by Orins’ trio, but Ten Worlds debut sounds like the lyrics and vocals are fully integrated into the quartet’s sound, almost like they should have been there all along. The set opens with “Heaven,” an upbeat piece with two layers of voice that sets the tone for the rest of the album. Yes, there is a “Hell” here too, but it’s a very pleasant – if somewhat mysterious and adventurous – piece. “Buddhahood,” punctuated by tabla, has a definite Eastern flavor tugging against a more typical jazz sound from the piano, especially during times when Taillefer plays a standard drum kit; though Gobert’s unusual vocalizing is the high point of the track. Likewise, closer “Bodhisattva” is a soothing and gentle piece with two vocal parts that gives Orins’ plenty of room to stretch out for a brilliant piano solo. With “Humanity” it almost seems like Gobert’s doubled vocal parts are leading the entire ensemble. Every song here is unique among all the others, and the album as a whole is refreshing and magical.