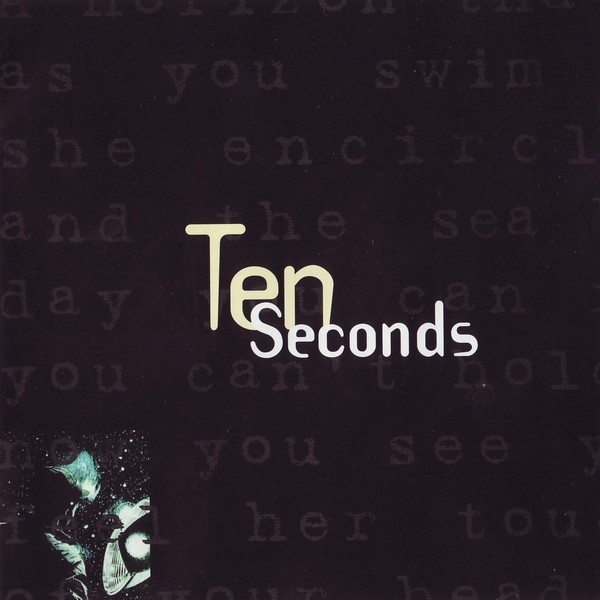 Ten Seconds is the duo of Bill Forth (guitars, vocals) and Jeff Fayman (keyboards), augmented by numerous guests on bass, drums, additional keys, and guitar soundscapes (gee, I wonder who that guest might be?). In fact, Fripp's influence permeates the entire disc, he plays on nearly every of the ten tracks, yet despite this, Ten Seconds is no mere Crimson or Fripp knock-off. The style is – generally – an accessible rock (due to the vocals) with heavy industrial leanings; clanging and crashing sounds amid taped effects and growling Heldon-like synths play along next to these Beatles / 80s Crimson influenced songs. A couple of the tunes here ("Nightwebs," "Realside," and "Can't Hold back the Dawn") are downright catchy in an MTV sort of way, and they punctuate the longer and heavier stretches nicely. Another identifiable influence might be Laswell's Praxis, circa Metatron. The program gets markedly more spacy in the home stretch, even approaching Tangerine Dream territory. If ever there was a modern "prog" album that could break into the mainstream, this is certainly it, and it does that without sounding anything like old refried Yes... or anyone else for that matter. Ten Seconds is truly an album that stands strong on its own merits and originality, and remains interesting enough to hold your attention long after the second play.

Djam Karet - The Heavy Soul Sessions – Over the last four or five years, Djam Karet has gone through some evolutionary changes. Gayle Ellett has switched from guitars to primarily analog keyboards, and a fifth member Mike Murray has been...  (2011) » Read more