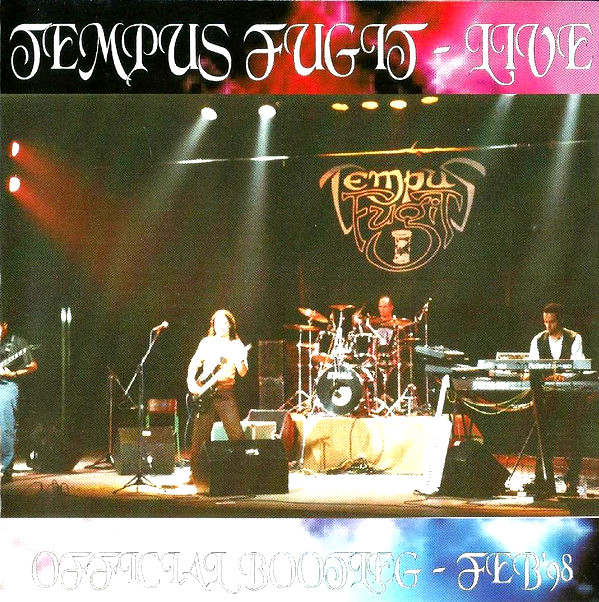 This live album is listed as “The concert before the Rio ArtRock Festival ‘98” and is the original Tempus Fugit line-up. The bass player would leave shortly after this. Tempus Fugit have a real nice sound, agreed it’s your standard symphonic rock formula (or is it neo-symphonic rock?), but these guys pull it off. Their sound compares to Camel; very safe, lots of melodic sweetness and smooth (okay pretty) vocals. The songs are primarily instrumentals; there’s not much singing here. This live album is earlier than the other album I reviewed and not nearly as well done. For starters the recording was done to Mini-disc and I think the drums were too loud on the first few tracks, they sound pretty strange. This music shows that the band still has a few rough edges to polish. Much of this material is from 1997’s Tales of a Forgotten World, which features much of the fantasy lyric style and some mundane arrangements. The group has its moments but they’re travelling in pretty familiar territory. They debut three songs which will appear on the The Dawn after the Storm album, but again these suffer from recording quality and pale next to their studio versions. The moniker bootleg fits this well and if you are a fan of the band this will be a welcome purchase, but I’d highly recommend The Dawn after the Storm for a taste of what this band sounds like.