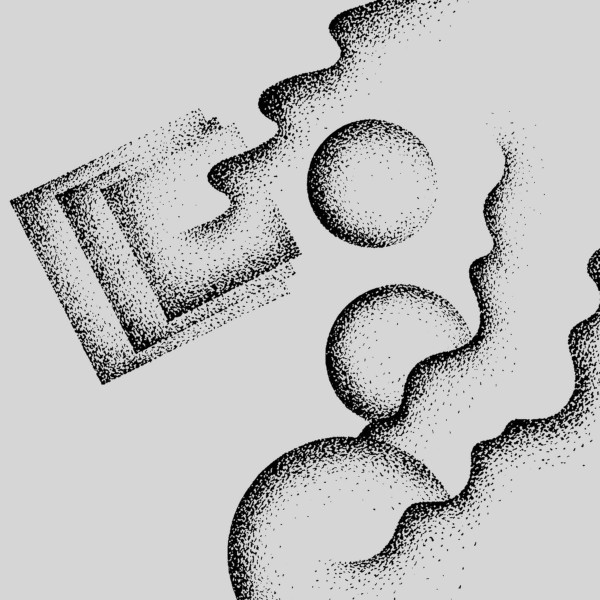 Steve Hackett once made a very poignant comment on the conflicts engendered when instrumental music is inappropriately adorned by vocals; he said it was as if you had painted this marvelous canvas, only to have someone come along and dash a bucket of red paint on it. I was left pondering his statement after listening to this vintage live recording of improvisations. Instrumentally, this a masterpiece. The whole project is divided into five lengthy on-the-spot free jams of spaced out proportions. Instruments such as Mellotron, soprano sax, and VCS synth are put to astounding use throughout the work. These were the days when the musician had to do the work, not the instrument. And it shows in how thoughtfully Telaio Magnetico blend acoustics and electronics into one homogeneous orchestration. On "Parte II" they conjure images of Arabic landscapes, very similar to Between; simultaneously inventing fourth world music on the other side of the globe from Jon Hassell. In "Parte IV" we enter a chamber-of-horrors where swooshing cymbals and organ collide in a fascinating cyclone of sound colors, going well beyond what Pink Floyd pioneered with "Set the Controls for the Heart of the Sun." Gong was another band working in this genre. "Parte III" features tuned percussion as a complement, in an atmosphere evincing "Larks' Tongues in Aspic Part 1." Unfortunately, all too often the work is spoiled by vocals. In joining space whispers and other extended vocal techniques to the mix, they attempt to add another dimension of ethereal ambience that is already perfectly handled by the instrumentation. Not to criticize the vocalists as they do the best they can, and I have no phobia regarding voice; it's simply an unnecessary adjunct to the already very substantial textural experimentation. Attention is thus easily distracted from the abstract nature of what the organ, synth, winds, and percussion are doing. CDs have given us the luxury of being able to reassemble the order of the pieces we listen to, in order to fashion a more personally satisfying arrangement of music. If only in the future someone could invent a system whereby a certain track of the recording could be excised. Telaio Magnetico's live release would be the first CD I'd spin after that.