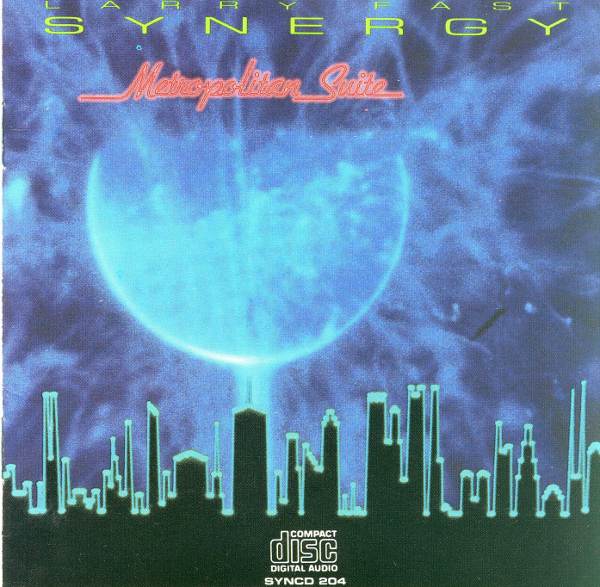 In 1986, the first era of Synergy releases came to an end with Metropolitan Suite, which in some ways is the culmination of Larry Fast’s original musical vision. That does not make it necessarily the most successful, or even the best, but it does represent the distillation of his musical style. For all his electronic innovation, Fast is at heart a neo-classicist – his compositions owe more to Beethoven or even Gershwin than to Varèse. In the liner notes, Fast describes taking “detailing and orchestration” inspired by the architecture of New York in the early 1900s and interpreting them with modern electronic tools. Echoes of the Jazz Age and Copland’s Americana abound in the grandiose themes. This new version presents all the big sounds with stunning clarity and great dynamic range.

Semiconductor was a collection released in 1984 representing the best of Larry Fast’s Synergy recordings to date, starting with 1975’s Electronic Realizations for Rock Orchestra and ending with The Jupiter Menace soundtrack in 1982. When it came time to remaster the old Synergy releases, Fast wisely decided to expand the collection to include work through Metropolitan Suite, summing up the era nicely. He also added an edit from one of the long ambient pieces from Computer Experiments Vol.1 and arranged the pieces in chronological order. For anyone curious about one of the true pioneers of electronic music, I can think of no better introduction. From the lush textures of Realizations through the rhythmic energy of Cords, all the best is represented here. As with all the Synergy remasters, Fast provides extensive liner notes full of juicy technical details.

Landberk - Dream Dance – Landberk's second CD-EP breaks no new territory, nor develops on their practically patented style, yet again delivers the goods. While I find that their music isn't as translatable live (both...  (1996) » Read more