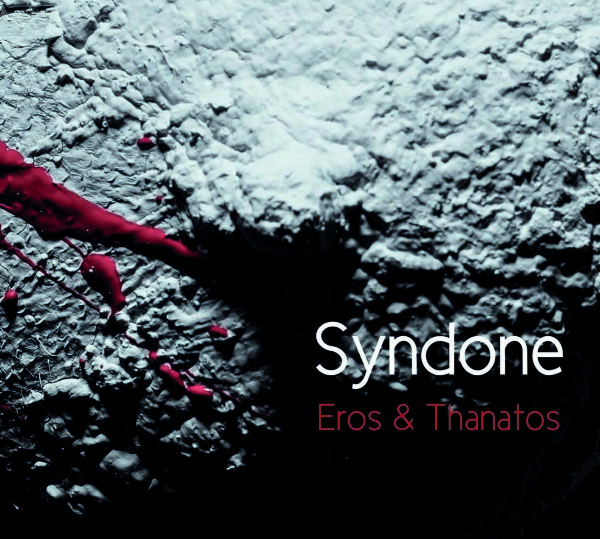 Syndone appeared on the Italian progressive scene around 25 years ago with their debut release Spleen, and have released five more in the years since, although there was a 17 year gap between the second and third, they have been keeping a two-year schedule since Melapesante in 2010. The only remaining original member through all the years is keyboardist and primary composer Nik Comoglio. Singer and lyricist Riccardo Ruggieri, who featured on 2014’s Odysséas (on which there was a song “Eros & Thanatos,” though it is not repeated here) is here again, this time contributing 12-string guitar as well, and Pino Russo, whose contributions go back four albums, is here again on classical guitar and oud, although he only appears to a couple numbers. Besides that, this is a whole new crew, with four new band members handling bass and bass pedals, drums, piano, Hammond organ, Moog, Mellotron, electric piano, clavinet, vocoder, and vibraphone. Two special guests appear: Ray Thomas (of the Moody Blues) plays flute on one number, and guitarist Steve Hackett plays electric on another. Top that off with a string orchestra and a string quartet (heard on several of the 12 tracks) and you might get the idea that this is an album solidly in the classic Italian prog vein, and indeed it is. While there are no overt references, one can hear the inspiration coming from greats like Banco, PFM, and others straight from the heady days of the early 70s, though Syndone manages to keep their sound fresh, contemporary, and inspired. Ruggieri is an amazing singer throughout, and adaptable to anything that Comoglio and other band members can compose, be it loud aggressive prog rock, soft folky or classical pieces, as one listen to “Duro Come la Morte” will convince any listener of. This is by far one of the finest releases of Italian progressive rock so far this year.