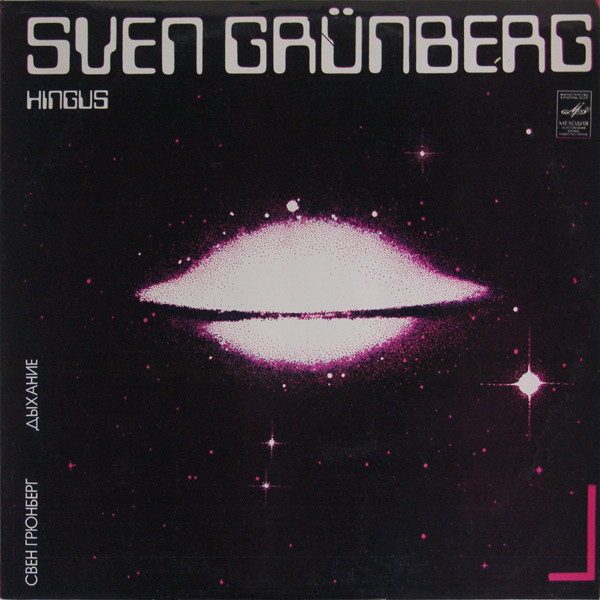 Estonian soundtrack composer Sven Grünberg began his career while still a music student in 1974 by founding the progressive rock band Mess. After the band broke up he started exploring the field of electronic ambient music, and he was the first musician in Estonia to use a synthesizer. Sven composed and recorded his first solo album Hingus between 1978 and 1980, releasing it on vinyl in 1981. I purchased my vinyl copy in 1983 and have longed for it to be released on CD. The vinyl album was reissued multiple times in the 80s on the Russian label Melodiya and also resissued on CD by the Russian label Boheme Music in 2000. Now Bureau B’s reissue is the first by a Western label. In the late 70s not much Western music made it through the Iron Curtain, so Sven relied more on his own creativity for Hingus (Breath) than being overly influenced by the Berlin School. Sven used various electronic instruments, some built by Estonians Härmo Härm and Koit Saarmäe (HH Synthesizer, HH Percussion Synth, and KS Synthesizer). He also played a Selmer Clavioline, an ARP Omni, and a Logan String Melody. Side One, now the first four tracks, contains the four parts of “Hingus.” There are no driving sequencers or rhythm, just minimal ambiance with tons of reverb, organ, synths, and abstract sounds. The other two tracks, which were on Side Two, “Teekond” and “Valgusois” are not quite as abstract. “Teekond” has a melody line and a slow beat, still with tons of reverb, electronic swells that make it difficult to identify the sound source, and wordless vocals. “Valgusois” has cascading notes, mono synths, sounds of wind and birds, and a beat that enters in the final three minutes. The overall sense you get from this album is the music could have been a soundtrack for an Eastern European sci-fi movie. And to top everything off, the cover art is a photo of the Sombrero Galaxy that greatly contributes to the cosmic ambiance of Hingus.