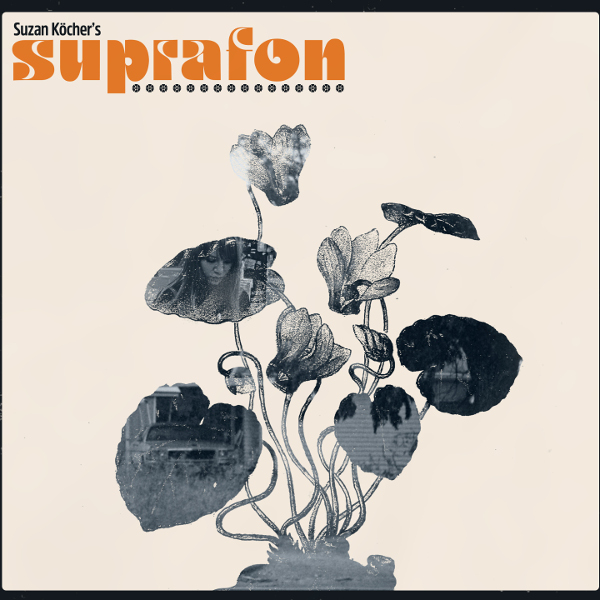 German singer Suzan Köcher has hit upon a very interesting sound with her band Suprafon. They take the dreamy production and breathy vocals of trip-hop and meld them seamlessly with jangly folk-rock infused with a kind of lonely-desert Americana. On a song like “Texan Sun,” guitars strum minor chords, Mellotron provides melancholy chords, synthesizers provide subtle electronic touches, a cello plays a mournful melody, and twanging electric guitar injects a touch of America, while Köcher’s soft voice croons. It’s almost as if Mitchell Froom had produced a Cowboy Junkies record. “Zitra” (Czech for “Tomorrow”) is a near-instrumental built on strumming guitar, Mellotron flutes, and hand drums, with Köcher repeatedly singing the title word, lushly harmonized and drenched in rich reverb — it’s like the backing track to a lonely road-trip scene in a movie about misfits crossing the American Southwest in a dusty convertible, and it seques into “Pěšky Do Města,” which is Czech for “Walk to the City.” This song is sung entirely in English, and I’m not sure why a German singer would give a Czech title to a song with English lyrics, but there it is. In any case, it’s a great song, taking the mood of “Zitra” and bumping up the energy level. Many bands that rely on copious amounts of reverb for atmosphere end up just sounding muddy and indistinct, but Köcher and company, including co-producer Matt Parmenter, manage to get it just right to get a gauzy sheen without losing impact. The nine tracks on Suprafon’s debut album are all great songs which tweak conventions enough to sound original while remaining quite accessible, blending classic sounds with modern touches. Köcher’s voice is lovely, breathy and melodic but with enough force to avoid sounding wimpy. Recommended for those who appreciate good songwriting and atmospheric production.

Jewlia Eisenberg - Trilectic – It’s probably stating the obvious to say that fans of Charming Hostess and (to some degree) Sleepytime Gorilla Museum are likely to enjoy this release as well. Eisenberg is one of the vocalists...  (2002) » Read more