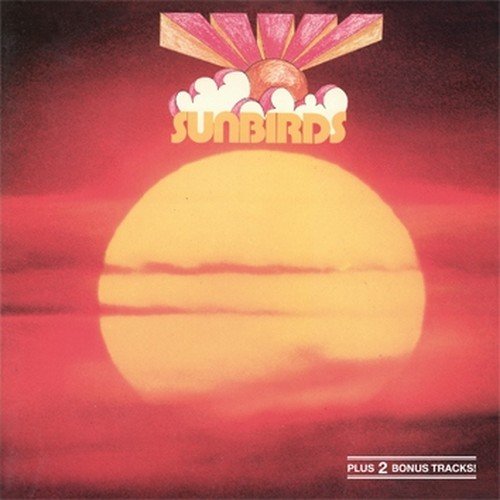 Sunbirds was a short lived group of international jazz musicians based in Munich in the early 1970s, together long enough to record two albums, of which this is the first. Most of the members had played in jazz circles for years and had noteworthy pedigrees: Drummer Klaus Weiss had played and recorded in numerous ensembles since the early 60s, and had a very impressive resume by the time Sunbirds formed; guitarist Philip Catherine had been working professionally for a few years with Dexter Gordon, Stephane Grapelli and others, but most of his fame came later; Austrian keyboard player Fritz Pauer, Dutch flautist Ferdinand Povel and American bassist Jimmy Woode likewise had been working in international jazz circles for years; percussionist Juan Romero adds his magic to the proceedings as well. Sunbirds was a bold step in the electrified jazz-rock direction that many of the established jazz artists had been taking since the late 60s, and as such represents a formidable effort by a collective of established musicians. The six tracks of the original album follow a strong improvisational edge and may find reference points in same period Miles Davis, Soft Machine, Nucleus, and others. Pauer's Fender Rhodes work graces these cuts nicely, while Woode's bass has a beautifully punchy quality that works nicely with Weiss' tasteful drumming throughout. Almost 17 minutes worth of outstanding bonus material taken from the original sessions has been added. This represents an excellent slab of period fusion that must be heard. Garden of Delights also promises a forthcoming vinyl release as well.