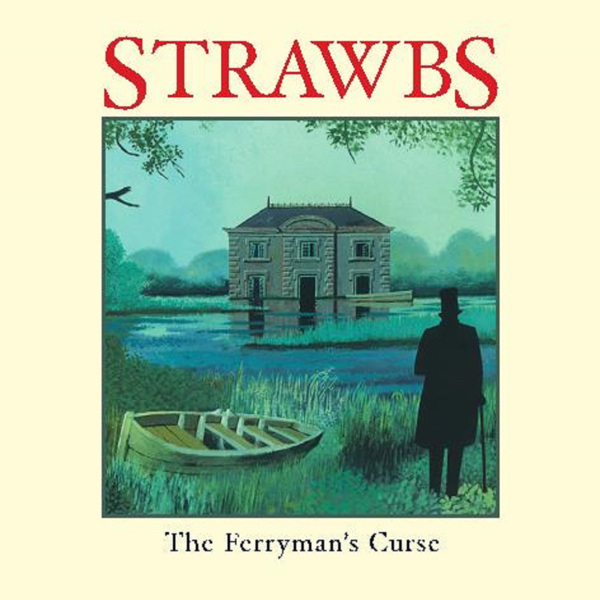 The list of bands which got their start in the 60s and are still recording new music is getting shorter every year, and few of them have maintained their level of creativity like Strawbs. Stylistically, they’re breaking no new ground with The Ferryman’s Curse, instead presenting a solid continuation of their classic sound from albums like Grave New World and Hero and Heroine. I’ve lost track of how many studio albums they’ve released — and it’s maybe not even possible to give a definitive answer with things like Heartbreak Hill in the mix — but whatever the number is, this one surely goes in the top portion for quality and enjoyability. In spite of the touches of progressive rock they’re known for, Strawbs has always been a songwriter’s band, and all of the Mellotrons and grand instrumental passages, wonderful as they are, are not the core of the band’s style. Dave Cousins remains the guiding force in this respect, with Dave Lambert contributing only one composition this time out. For both primary songwriters (bassist Chas Cronk and keyboardist Dave Bainbridge get some collaborative credits as well) lyrics are central, and these are stellar as always, full of intriguing characters, stories, and turns of phrase, even in seemingly simple songs. The title track is a fine entry onto the list of Cousins’ epic story-songs, a supernatural tale of great drama and ambiguous meaning. Just the way we like it. For longtime Strawbs fans, there is much to love, and Bainbridge’s keyboards are just right, balancing big sounds with delicate moments, and featuring a lot of eerie Mellotron in addition to piano and organ. Whether The Ferryman’s Curse will appeal to new listeners I can’t say — I’ve been listening to them much too long to hazard a guess — but certainly this effort can stand with pride on the shelf next to the peaks of the 70s.

The long awaited new studio album from British veteran folk-rockers Strawbs is one that most listeners will surely find to be worth the wait. It’s been a good five years since Hero & Heroine In Ascencia, which is the last one I remember, and that was essentially re-recorded older material by the then-current edition of the band. The Ferryman’s Curse features ten all new compositions with a renewed energy and sense of purpose. Interestingly, this one wasn’t released on Witchwood Media, the Strawbs usual label, but instead on Esoteric Antenna. The band this time features longtime vets Dave Cousins and Dave Lambert singing and playing guitars, veteran bassist Chas Cronk, and drummer Tony Fernandez, who has been with the band off and on for many years. The new face this time is keyboardist and guitarist Dave Bainbridge (from Iona), not just sitting in, but a full member with composition credits on half of the cuts herein. The keyboard-dominated opening instrumental “In the Beginning” leads directly into the powerful and heavy “The Nails from the Hands of Christ,” one of many thoughtful lyrics here that could only be written and sung by Dave Cousins. For this track, the lyrics progress over a more fundamental bass and drum figure, each verse opening for instrumental breaks for Bainbridge and Lambert. Speaking of Lambert, no Strawbs album would be complete without at least one of his compositions, and here it is “The Ten Commandments,” a bluesy rock groover that delivers the goods, as well as a greasy guitar solo, a true standout among the album’s more progressive rock and gentler and folkier cuts. Among those more acoustic driven songs, “The Song of Infinite Sadness” may be the high water mark, with lyrics and music by Cousins alone, with a beautiful arrangement. “Bats and Swallows,” is another Cousins piece that puts together additional elements including a bright electric guitar melody and some fine bouzouki embellishments from Bainbridge. So what about the prog, you may ask? The “Nails” suite that opens the disc certainly qualifies, as well as the title track and its intro “The Reckoning,” accounting for about eleven minutes of dreamy progressive sounds alternating with powerful rock, all supported by outstanding lyrics, but for my own ears the seven minute “When the Spirit Moves” is the album’s brightest gem, pulling the folk and prog elements together into a lush orchestrated whole, that surely will remind some of the band’s classic title suite from Ghosts, or “Autumn” from its predecessor. “We Have the Power” closes the album nicely, opening with blasts of Mellotron, and building over a positive and hopeful lyric sung by Cousins, intertwined with great guitar and keyboard soloing. All taken, this is the band in top form.