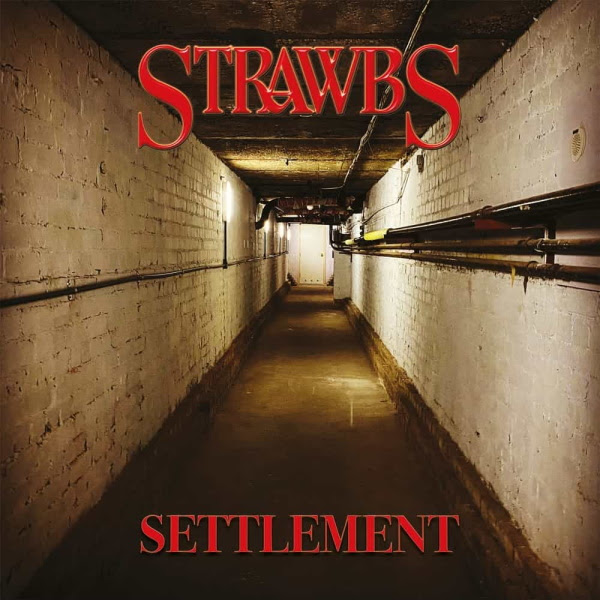 By my calculations, Strawbs have released close to thirty studio albums since their initial formation in the mid-60s. Add to that at least a dozen live albums, three discs of BBC live and studio sessions, a dozen or more compilation sets, and a beautiful five-disc boxed set called A Taste of Strawbs. They’ve gone from label to label over the years, their early to classic period on A&M, then Oyster, then Arista and others until they fired up their own label Witchwood Media, but since 2017’s The Ferryman’s Curse they have been released on Esoteric Antenna, including this latest set, Settlement. Before I played a single note of the album, a had a look through the booklet and noticed the dedication to the memory of Strawbs founding member Tony Hooper, who passed in November 2020. The band has always been like a big family, launching the careers of Sandy Denny, Rick Wakeman, John Ford, and Richard Hudson, with members coming and going but always seeming to remain on good terms, and this latest release is no different. While the core five members remain the same as on the previous album — Dave Cousins (vocals, acoustic guitar, presumably banjo), Dave Lambert (electric guitar, vocals), Chas Cronk (bass, bass pedals, 12-string, vocals), Dave Bainbridge (keyboards, guitar, bouzouki, mandolin0,) and Tony Fernandez (drums) — with guests John Ford (guitar, vocals), Cathryn Craig (vocals), and bassist Shalk Joubert. In addition, early 70s keyboardist Blue Weaver has returned as the album’s producer. One might be wondering how all this was possible in the middle of the pandemic, and in fact it’s true, none of these musicians played together in person for this album: Cousins, Lambert, and Cronk in different parts of England, Fernandez in Portugal, Bainbridge in Mexico, Ford in New York, Craig in Northern Ireland, Joubert in South Africa… all recorded their songs and parts in their own private studios, after which Blue Weaver (now in Germany) assembled all of the parts and made the magic happen. The A-Side of the LP contains four discrete Cousins-penned songs, save the last (“Each Manner of Man”) shared with Ford. “Judgement Day” is a standout here. The second side of the LP contains five titles organized into two longer suites; the first, “The Visit” (and its accompanying instrumental “Flying Free”), written by Lambert, and the final three (“Quicksilver Days,” “We Are Everyone,” and the closing instrumental “Chorale”) by Cousins and Cronk. This entire second side is a very special journey. The CD (and downloads) contain three additional tracks, the standouts being the Cousins / Bainbridge penned “Champion Jack,” and Cronk’s closer “Liberty.” A solid album beginning to end, that, given the challenges the band faced in making it, it’s amazing that Settlement came together at all.