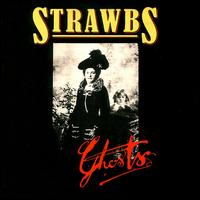 At long last, the Strawbs catalog is given proper treatment by the band’s first label, A&M, as one of five albums getting a much needed overhaul, Ghosts was the seventh album overall by the folk-rock group led by vocalist Dave Cousins and the second by this capable line-up. The album continued a trend in a more progressive rock-like vein similar to Hero and Heroine (1973) with members including John Hawken (ex-Renaissance). The album exhibits high caliber songwriting talents with a striking balance between the impassioned (title track), and the emotive “Grace Darling.” There are also distinctive contrasts between the poppish (Dave Lambert’s “Don’t Try to Change Me”) and a Cat Stevens like song “Where Do You Go When You Need a Hole to Crawl In,” a leftover from the band’s album sessions. One of two standout tracks is “Starshine / Angel Wine,” a collaboration between bassist Chas Cronk with lyrics by Cousins about the birth of Cronk’s first son. The most poignant album statement is made in the two part “Life Auction,” an attack on the greed of human nature with some excellent guitar work from Lambert. “Remembering” contains a notable Hawken intro into “You and I (When We Were Young).” To close out the disk, a wistful synthesizer lead opens the single bonus track, “Changes Arrange Us,” written and sung by drummer Rod Coombes. The CD remastering process has allowed the depth of the recording to become more apparent by smoothing various Mellotron and piano accompaniments (as on “Lemon Pie”). New liner notes from John Tobler from conversations with Cousins add a touch of historic context to the release. So get out those dollars you’ve been saving for an investment into the heyday of folk prog.