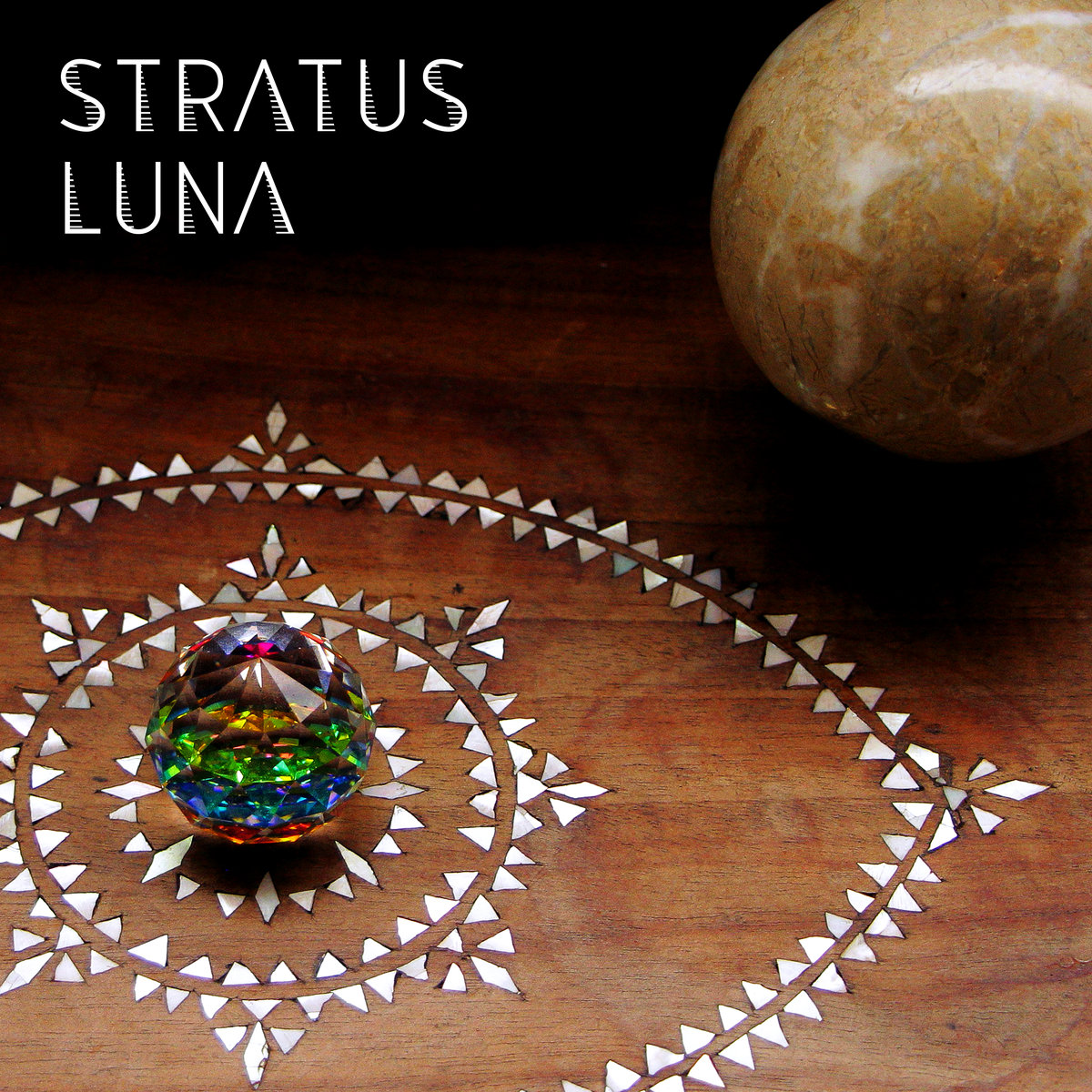 Stratus Luna is a new four-piece from Brazil, but to hear this, their debut release, one would think these are old pros who have been at it as long as most of the members have been alive. The band features brothers Ricardo Santhiago (guitars and lap steel) and Gustavo Santhiago (keyboards, sitar and flute), their cousin Giovanni Lenti (drums and percussion), and the newest member, Gabriel Golfeti (bass); their average age was only 19 years old at the time of the album’s release, but their solid group cohesion and imaginative compositions suggest a band who has been working at their craft for a dozen years or more. The seven tracks at hand are entirely instrumental, a mix of progressive rock, psychedelic rock, and spirited jazz moves, with some atmospheric and electronic elements, pushing the edges of possibility and offering new twists and ideas that I haven’t heard quite like this before. The compositions are the star here, there’s not a lot of flashy soloing over pointless riffing. The compositions and arrangements are constantly changing and evolving, and all of the players are an important part of that interlocking process, each bringing something unique to the table while forging a masterful concept. The eight minute, and rightly titled “O Centro do Labirinto” just throws new ideas at the listener with every turn, each measure seemingly incorporating a surprise change waiting around the next corner, almost sounds like many parts of several songs wrapped into one long piece, and it’s most definitely one of the high points. Starting with an electronic groove and some great jazz piano moves and crunchy organ swirls, “Zarabatana” eventually turns to guitar and then some meditative sitar with hand drums, drawing on an Indian classical music style and integrating it all together into one beautiful dreamy package. “Pandas Voadoras” offers a solid groove of masterful jazz with some tasty piano and guitar solos before it all breaks wide open into an adventurous group romp. The oddly titled “NREM” is only a couple minutes long, but contains some truly mystifying sounds. The seven-and a half minute “Onirica” at its start seems a bit more laid back than some of the others, featuring some beautiful flute passages, but brings in some crunchy guitar riffage, organ and other magical keyboard elements for various melodic conversations that go forward through the track’s brilliant conclusion. This is an ambitious debut, but Stratus Luna has certainly delivered the goods.