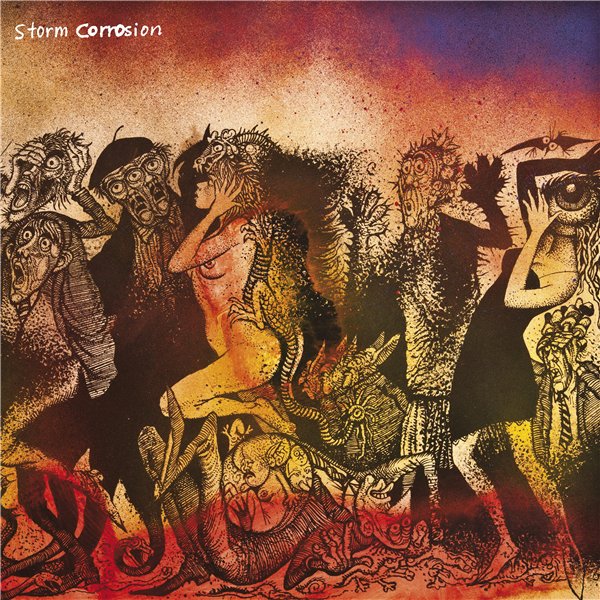 I was surprised at the disappointment expressed in some corners about this disk. Many seem to have expected a collaboration between Steven Wilson (Porcupine Tree) and Mikael Akerfeldt (Opeth) to yield more in the way of fireworks, instead of what is undeniably a moody and somber record. Anyone familiar with Wilson's oeuvre knows to expect the melancholic, through Akerfeldt's background in Scandinavian metal stands in stark contrast to the pastoral and acoustic vibe laid out across most of these tracks. You won't get far into the opener, "Drag Ropes," before you can picture the two musicians sitting cross-legged on the floor with acoustic guitars out, their tape machines operated by candlelight. These textures are reinforced by Mellotron and piano, though acoustic guitar and voice (including some heavenly harmonies) form the backbone of each piece, with occasional guest turns by Ben Castle (woodwinds) and Gavin Harrison (percussion), who add flesh to the bones. Based on recent interviews, Wilson and Akerfeldt have bonded not only on musical terms but also over their tastes in cinema and literature. Songs like "Happy" and "Hag" conjure up the films of Ingmar Bergman or David Lynch, so if experienced on those terms the album is enchanting and compelling. And I challenge anyone to sleep through the instrumental "Lock Howl," with its Goblin-esque spunk, although the languid closer "Ljudet Innan" does echo Sigur Rós with waves of warm guitar and strings. Ending on that note your dreams are sure to be pleasant.