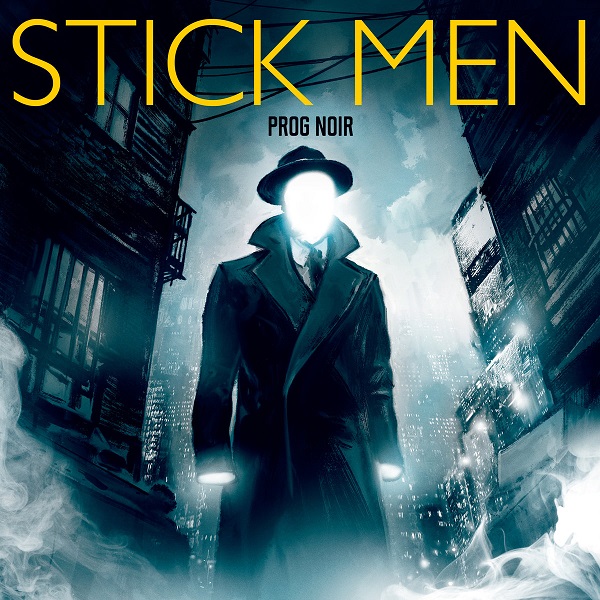 From their beginning, Stick Men have included occasional vocal tracks in their repertoire, though they have always been fewer in number than the purely instrumental pieces, and completely absent on several albums. With Prog Noir, Stick Men highlight the vocal side more than ever before, with nearly half of the tracks including vocals, either spoken or sung, with or without lyrics, and both Tony Levin and Markus Reuter chipping in. Another quality of the band that is maybe overlooked is their sense of humor. It’s always been there — think back to “Soup” — but with all of the eerie soundscapes and jagged rhythms they churn out, the humor can be missed. It’s represented here in a number of ways. “Plutonium” is the most obvious example, with its observations about the plight of Pluto and numerous musical quotations. The basic music style continues the band’s trend, with Levn’s inimitable bass lines, Reuter’s expansive washes of tones, and Mastelotto’s hybrid acoustic / electronic percussion. There are odd meters and dissonances, but they’re not fetishized, merely a part of the mix. With both Levin and Reuter playing touched-string instruments, the who-played-what of it is often unclear, and certainly it often sounds like a much larger band than just a trio. But part of the appeal of this band is the collective integration, the way they work together to produce the music, whether it’s the sensitive (but somewhat unusual) backing to the beautiful melodies of “A Rose in the Desert / Requiem” or the organically shifting rhythms of “Leonardo.” The main takeaway is that while Prog Noir is still rooted in some of the innovations of King Crimson, Stick Men have added plenty of their own elements to the music, and the result is one of the year’s highlights.