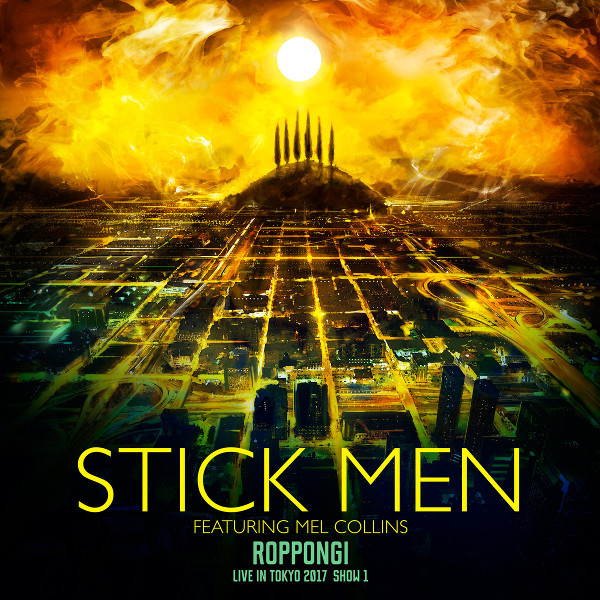 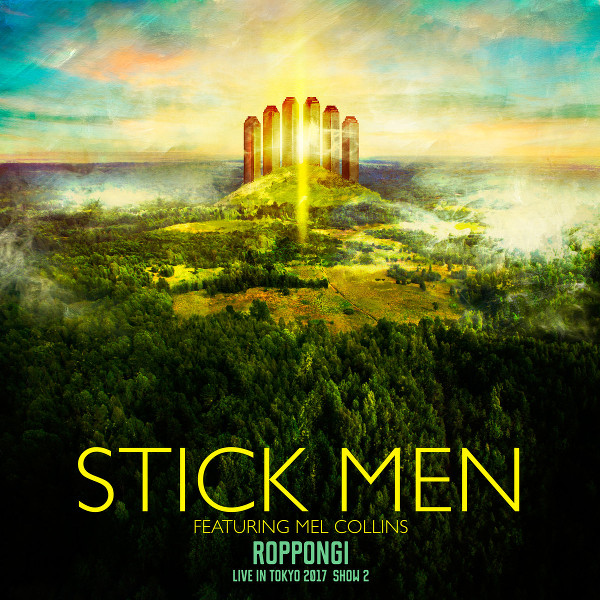 The last live recording by Stick Men was Midori, recorded on the 2015 Japan tour, presenting two complete shows with special guest David Cross. Stick Men have a new studio album, have been touring off and on for months, and so it’s time for another live release. Like its predecessor, Roppongi presents two full sets of music recorded in Japan with a guest, in this case Mel Collins. Several of the band’s standards are present, including a handful that also appeared on Midori: “Hide the Trees,” “Crack the Sky,” “Satori in Tangier,” “Larks’ Tongues in Aspic Part 2,” and “Industry.” There are also a couple more King Crimson pieces added to the mix: “Level 5” and “Sailor’s Tale.” We get three tracks from Prog Noir, one of them in two versions from the different shows, plus three pieces from Stick Men’s back catalog. Add in some improvisations, and you’ve got Roppongi. If you’ve heard or seen this band before, you’re familiar with the basic sound of Tony Levin and Markus Reuter on tapping instruments and Pat Mastelotto on drums, and you’re likely aware that this is not a band that plays everything the same all the time. While much of the music is tightly rehearsed, there’s a lot of room for expression and variation, and the added presence of Collins assures that this is not just two more CDs of live Stick Men music. His flute and sax liven things up and provide nice contrasts to the other instruments. There are even some spots where Collins throws some pretty crazy effects onto his sax, as on “Level 5.” It’s a treat listening to these superb musicians at the top of their game, and while I’d probably recommend a studio album like Prog Noir to a newbie, this is an excellent example of their artistry. In spite of the inclusion of so much King Crimson material, this band is worthy in its own right, with its own take on the familiar music. The value of Roppongi is not in the fact that the world needed another live album by this band, but just the fact that it’s just so damn good. We are long past the days when music executives sat back and decided when the market could bear another live album by an artist, and what we got was based on their calculations of profit margins. This is a time when quality can count for something, at least in certain realms.

[Note that Roppongi is available in a variety of forms in different parts of the world. In the US, Moonjune is distributing a 2CD set covering both shows, which are available as separate downloads from Iapetus as well.]