In anticipation of their forthcoming album Prog Noir, Stick Men are embarking on a series of live performances in North America, covering the eastern and central parts of the continent in April and May. Further touring, Chapter Two, is planned to cover the West Coast, Europe, and other parts of the world in 2017. 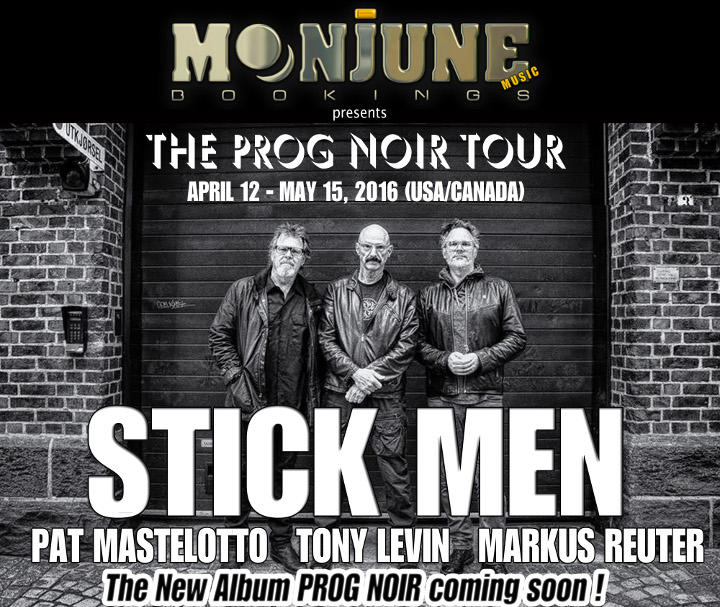 We don't have a release date for Prog Noir yet – "coming soon" they say. So it's a safe bet audiences will be seeing some new music from the trio of Tony Levin, Pat Mastelotto, and Markus Reuter. The series of dates kicks off in Woodstock, New York on April 12, and finishes off May 12 in Cleveland, Ohio, with various cities in the Northeast, Eastern Canada, and Midwest (Chicago and Minneapolis) in between. Check out the link below for a full listing.

Circus 2000 - Circus 2000 & Escape from a Box – Circus 2000 is an entirely different beast from the rest of the Vinyl Magic catalog, falling more in the psych realm than in the more classically styled progressive genre. It's not to say they...  (1995) » Read more