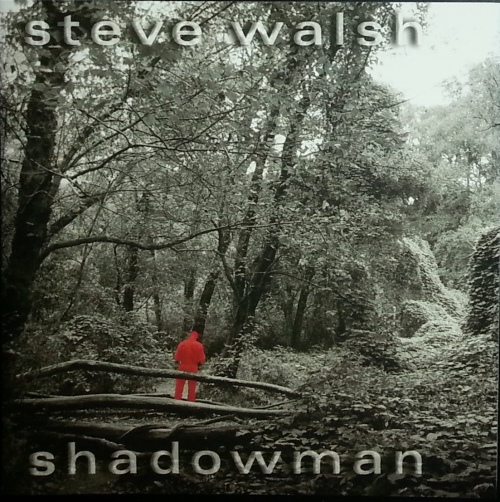 After 30-some-odd years in the music business (if they’re lucky enough to last that long), most artists have fallen into a comfort zone and their new albums no longer offer any surprises. For the second time in a row, Steve Walsh has released a solo album that’s quite different than anything he’s ever put out before – either with Kansas or solo. Like Glossolalia from a few years ago, Shadowman goes in unexpected directions. On this release Walsh is joined by recent Collective Soul addition Joel Kosche, who contributes both guitar and bass parts, and Twisted Sister / Magellan drummer Joe Franco. The double bass drum and wall of guitar barrage in opening track “Rise” is a signal of what’s to come. Shadowman is sparse on the keyboard front compared to what one might expect on a keyboard player’s solo album. In many songs they play a support role while the guitar, bass, and drums provide the instrumental focus. Kosche does a great job throughout. His guitar parts are mostly heavy, but he also contributes some tasteful acoustic guitar on the title track and “Pages of Old.” The latter song is an old-school blues-influenced piece and stands out against the more modern sound of the remaining tunes. His guitar parts in “Hell Is Full of Heroes” and “After” absolutely rock. Shadowman is a pleasant surprise. It sounds more like a band album than a solo release, and is a cohesive collection of good songs that’s well-produced and mixed.