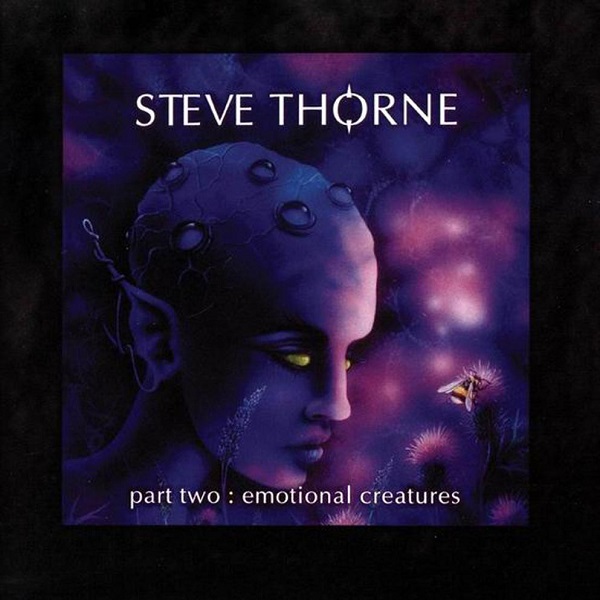 Two years after his debut CD Emotional Creatures – Part One, Steve Thorne has released his second CD Emotional Creatures – Part Two. In some sense it is a continuation of his first CD as many of the guest musicians appear on both albums (Tony Levin, Geoff Downes, and Nick D’Virgilio) and the music has a similar feel. Some of differences noted with Emotional Creatures – Part Two are that these songs are not as catchy as his first, there are more protest songs this time, and the songs were written at various times over the past 13 years. I find Thorne’s instrumental tracks “Toxicana Apocalypso,” “6AM (Your Time),” and “Solace” to be outstanding. There is a definite anti-technology, anti-industry, anti-government, anti-American message threading through his songs. This sentiment is somewhat hypocritical as he could not compose, play, and record his music without computers and Western technology. On “Toxicana Apocalypso” Steve inserts what sounds like a legit report about pollution and dying birds, but is in fact a funny bogus news story by the National Lampoon from the 70s. Ignoring his sophomoric politics, you can enjoy the music by itself because his protest songs simply lack punch. There is no anger in the music. What should be sad, like “Crossfire” dealing with soldiers dying, actually sounds up-beat. Though not as memorable as Emotional Creatures – Part One, Thorne’s new CD does have some merit.

Necronomicon - Strange Dreams – Strange Dreams presents 13 archived recordings from the Aachen band Necronomicon. The first ten are rehearsal tapes and the final three live, all from 1976. Consequently, the sound quality is not all...  (2011) » Read more