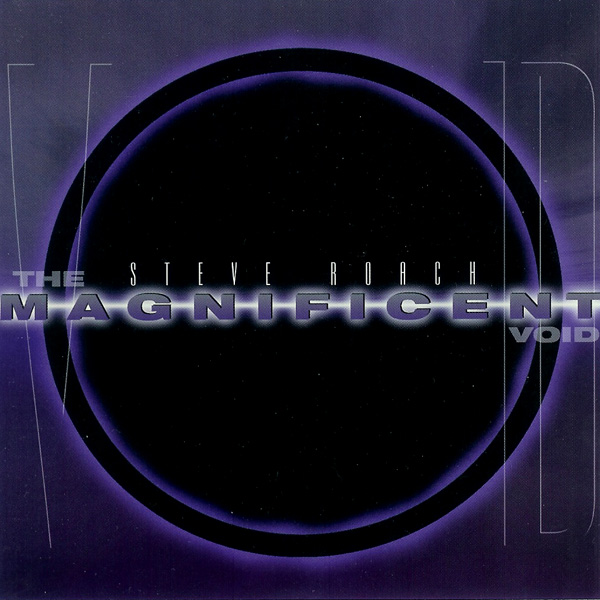 It seems Mr. Roach can do no wrong, always working with quality musicians always following different trails into uncharted areas and always sticking to psychosomatic energy in music. Lately, Roach's focus has been on the deep ambient side – in the vein of previous albums like The Dream Circle or World's Edge disc 2, where the focus on silence and spaciousness is as important as the notes themselves. Roach is a veritable giant in this field. There's arguably no one doing it better today and The Magnificent Void is good proof of this expertise. Roach's subtle sonic exercises are a wonder to behold – they unfold in various inventive ways; phasing, shifting, fading, looping and disintegrating. At times the sounds wash like the waves in the ocean; at others you can see the sound circle like the beam from a lighthouse throbbing in front of you until it passes out of sight only to fade up again as it completes its rotation.

Roach had a lot of truly great ambient albums in the 90s, but I was particularly impressed by this Hearts of Space release. With Worlds End in 1992 you had two discs split between the more tribal drum and rhythm based electronic music and the drumless, droning ambient style. I like both styles but the latter has always been my favorite, my medicine. Roach followed up Worlds End with two of his best tribal ambient albums, Origins and Artifacts, but on the other side we got the epic Dream Circle which was a bit closer to silence than The Magnificent Void, whose big soundscapes would soar with a sound that took a step in a much more modern direction. One thing about Roach which I've always admired is that he was always up on the most current technologies and you can you see his kit mutate over the years as new electronic equipment was added and replaced. This one was a big jump to my ears, it was still him but he was taking advantage of a lot of new sounds that had a real depth to them. It was a bit of a lead in to future collaborations with Vir Unis and Vidna Obmana as well.