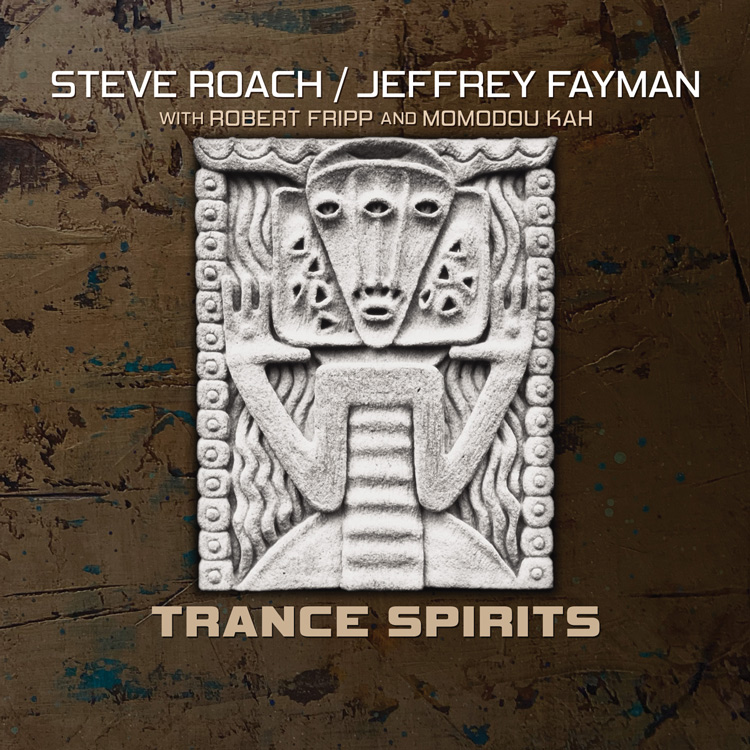 Jeffrey Fayman is a Los Angeles based composer, percussionist, and producer, who makes the better part of his living doing soundtrack work for film trailers and television, and is co-founder of Immediate Music (along with Yoav Goren) which produces library music used in all types of televison shows, sports features, and feature films. He also has a history of collaborations with Steve Roach, Byron Metcaf, Robert Fripp, Ten Seconds, and others. The album at hand dates from 2002, and has been out of print for at least a decade, now returning with a full remastering In 2022. It features Fayman on frame drum and percussion on all tracks, with Roach providing his electronic soundworlds plus additional guitar and percussion within which the seven pieces can develop. Momodou Kah joins them on many of the tracks, providing West African percussion, and Robert Fripp features on three with his subtle guitar mastery, including the opener “Taking Flight” and the closer “In the Same Deep Water.” One might think (incorrectly) that with all these drums and two percussionists on board, that this would be a noisy affair with pounding tribal drums that never let up. In fact the mix of electronics, guitar, and percussion is very gentle, subtle, and immersive, inviting the listener into this mystical spiritual trance world. The drums and percussion are always audible, but on an even level with Roach’s swirling electronics, creating a enveloping texture, neither overpowering the mix. Although there are seven tracks, the boundary between them is typically a point where the percussion winds down and a new idea begins, as if the entire album is one long continuum, recorded by Roach and Fayman in a single session, with Kah and Fripp adding their parts after the fact. Interesting sonic curiosities greet the listener at many points along this 74-minute journey, a listener may wonder how these sounds are made, but it’s probably best to just absorb what’s there and let the magic carpet take you wherever it may go.