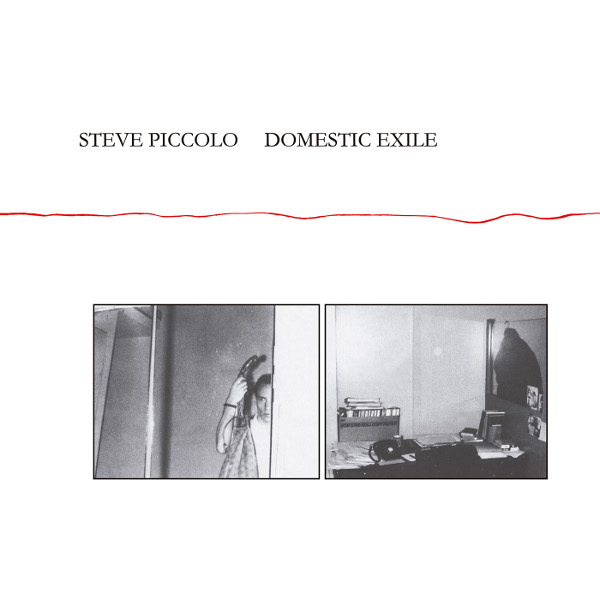 Steve Piccolo was the bass player and founding member of the 80s New York City No Wave band the Lounge Lizards. One year after they hit the scene, Steve was living a schizophrenic existence, working on Wall Street by day and hitting the clubs at night. Then over a two week period he wrote a collection of songs that described living in New York City, urban angst, isolation, yuppies, and nuclear paranoia. Steve meant for these songs to be a side project, conceived as a soundtrack for performance art. He recorded the album at ZBS Foundation in NYC, accompanied by his Lounge Lizard bandmates Evan Lurie (Farfisa organ) and G. Lindahl (synth). Steve shopped the tapes of his album around the NYC record labels, but could not get any traction, even though one song “I Don’t Want to Join a Cult” was an underground hit with Debbie Harry wanting to cover it, which never happened. Steve moved to Italy and his album was released on Materiali Sonori and also bootlegged in Paris. Now Guerssen has cleaned up the quality of the original pressing, though you can still hear noise between the tracks, and fixed mistakes with the song titles and running order on Side 1. Even though Steve had a focussed two weeks for composing twelve songs, only three are of any value: “My Face,” “Superior Genes,” and “I Don’t Want to Join a Cult.” You can definitely hear the foundations of good songs that could have benefited from a producer and orchestration. Unfortunately, the cheesy organ, minimal production, lackluster vocals, and muffled lo-fi sound only make Domestic Exile an interesting snapshot in time.