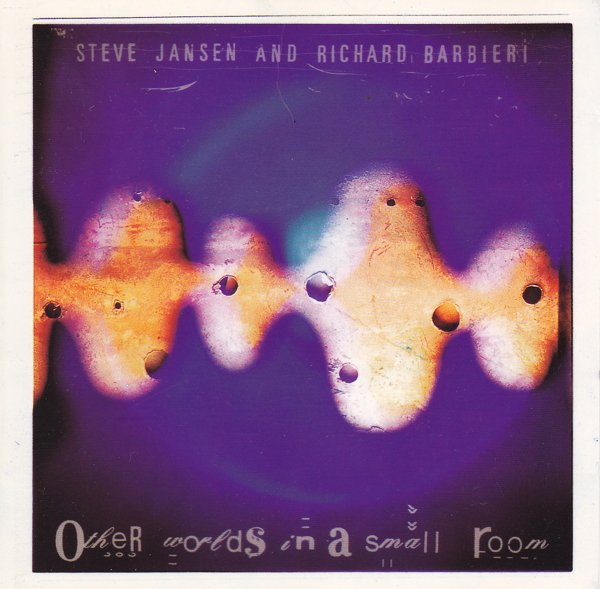 Other Worlds in a Small Room is the only second duo project by half of Japan (later Rain Tree Crow) and also a few side projects with Mick Karn (Seed). In addition, Barbieri is also a sometime member of Porcupine Tree as well as the new supergroup H featuring Steve Hogarth from Marillion and Dave Gregory from XTC. In this project the two seasoned writers have generated another set of ambient, atmospheric pieces, three of which (the best tracks) date from 1995, and the remainder from a Japanese release in 1984, but unavailable elswhere in the world (which are more dated, less interesting in retospect). In comparison to peers such as Aphex Twin and The Orb, Karn and Barbieri rely more on their own self created sounds rather than borrowing a myriad samples from other people’s work and avoiding focus on what I call the ‘noise’ aspect of ambient music, where the individual sound of something is merely included as compositional element. In fact it’s a much more melodic disc rather than droney and repetitive (although those aspects do crop up occasionally). This keyboardist and drummer together have an uncommon chemistry for developing light themes from darker textures without drowning you in them. You can get up and walk away without feeling the slightest bit twinge or wish for the uncommon halucinogenic to deal with the backwash. Case in point: "Light Years," the longest song on the disc, is also the most enjoyable since it fosters a sense of crystalline minimalism (a la Cluster). Recommended.

Various Artists - Pick & Mix – Whether it's Delerium, Musea, Cuneiform, SI, Kinesis, or whatever label, a sampler CD is probably the best way to get familiar with a lot of new artists in short order. Typically, these CDs are...  (1996) » Read more