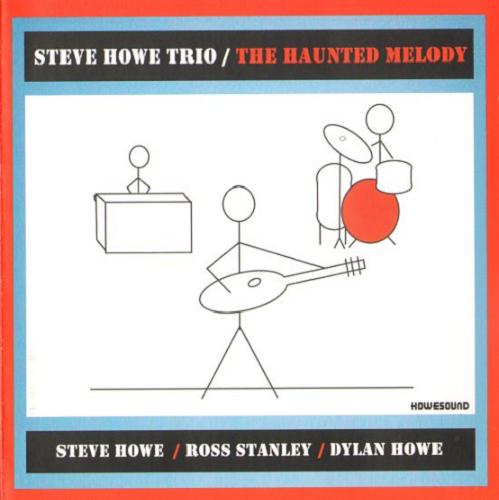 The Yes/Asia guitarist realizes a lifelong ambition by creating the perfect jazz setting with son, Dylan Howe on drums and Ross Stanley on Hammond B3. The arrangements across the stellar recording include clever, well thought out re-arrangements of three signature Yes classics beginning with "Mood for a Day." "Siberian Khatru" is rendered as a hard groover due to largely the B3 organ part giving a great bluesy twist to the old war horse. The slower tempo for the intro section of "Close to the Edge" focuses heavily on the freer improv aspects of that part as the trio pulls the searching aspect to the song forward into a different light. The title track itself is a sweet ballad from the late Rahsaan Roland Kirk that in this context demonstrates the band's ear for the romantic. Overall Stanley's organ sets the groove tone for the trio with his open chord phrasing, recalling both Larry Young and Brian Auger due to his smart comps and laid back approach. Two Kenny Burrell classics from the 60s are rendered in the same style of their original recordings with Howe moving the through piece as comfortable as Wes Montgomery in his heyday. The guitarist's playing style is consistently relaxed and confident especially on pieces such as "Laughing with Larry" (the only solo piece on the recording). Howe's longtime fans finally have a certifiable influence pulled out and laid bare for all to hear and it's truly good stuff.