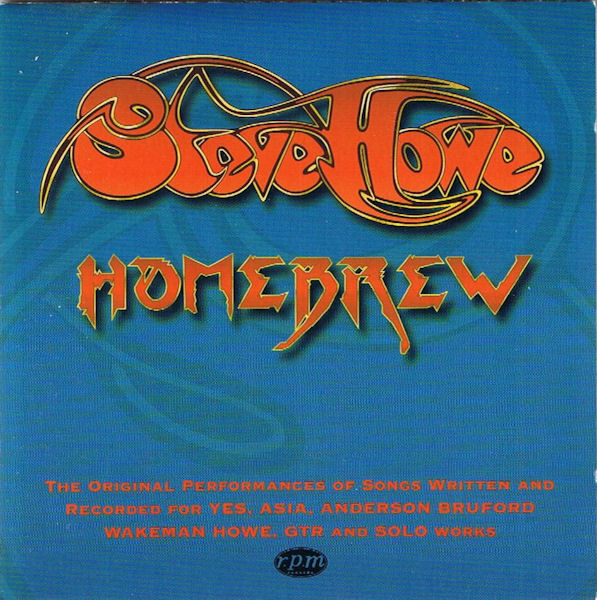 This new CD is a collection of guitar pieces and song writing ventures by the noted Yes guitarist which covers a span of over twenty years work from several solo and band projects. Almost completely done at home and a few studios, Steve plays all the instruments from guitars and basses, to synths and programmed drums. This is not just rough demos, several of these songs are complete pieces that Steve has dissected and/or offered up to different bands as music he was refining at the time. Several of the songs have been vastly re-worked or chopped into little bits which were incorporated into larger pieces. For example: "More About You" is the basic track for "I Wanna Learn More About You" from the ABWH album, the song only needing some lyrical enhancement by Jon Anderson and some additional guitars. "Red and White" is the central core of what wound up becoming "Birthright" after adding some new arrangements. "Break Away from It All" is known as a Yes style rocker from Steve's first solo album, Beginnings. Represented here, this song is more of a very cool, guitar groove which Steve solos over and has a lot of fun with. The single most intriguing historical track is the demo piece "For This Moment," a short segment of side one of "The Revealing Science of God" from Tales from Topographic Oceans. The short intro features Steve on synth and main vocal melody line . The packaging also comes with a twenty page book including who/what credits and Steve's own personal landscape photos: (It looks to me like he lives in a cool place!) Overall, this album is a closer glimpse into the inner workings of a guitarist as composer as well as player. Steve isn't afraid to expose his weak vocal ability in the context for these works-in-progress as part of the song development. So don't you be afraid to check it out.

Alan Davey - Chaos Delight – Alan “The Elf” Davey offers up his second solo outing. Like Dave Brock, the former Hawkwind bass player prefers to do it all himself; so you’ve got all instruments, engineering,...  (2000) » Read more