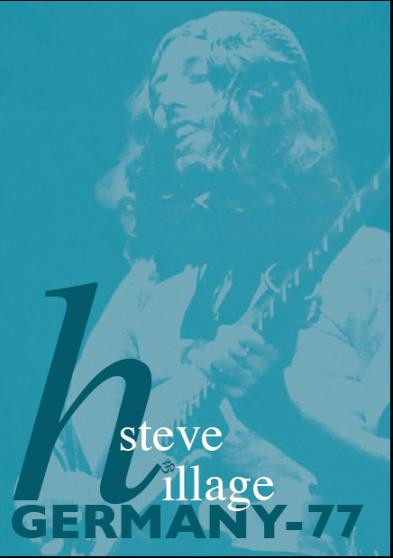 I'd guess if someone invented the time machine and had checked off all the more humanitarian things that might be accomplished with it then perhaps the remaining changed time stream would mean that more people recorded video documents of the 60s-70s musical era. But of course, even without doing that we still have access to some classic gems, and this document of the great Steve Hillage Band in Germany performing the finest moments of his then-existing catalog has to be one of them. It is basically the best moments from Fish Rising and L played by a band of musicians operating at a peak. Synths and guitars gliss and glide, the heavens open and the music of the spheres play through. There are the “Solar” and “Lunar Musick” suites, “Hurdy Gurdy Man,” and “Glissando,” a bit of “Aftaglid,” salmon and gypsies all. If I was to think about it maybe the only thing I'd want more would be some footage of the in between post-You, pre Shamal / Fish Rising band, but I'm not sure it would be better than this. The item has both CD and DVD versions of the shows and while there wasn't a lot of documentation to go along with it, maybe it was best to let the show speak for itself.