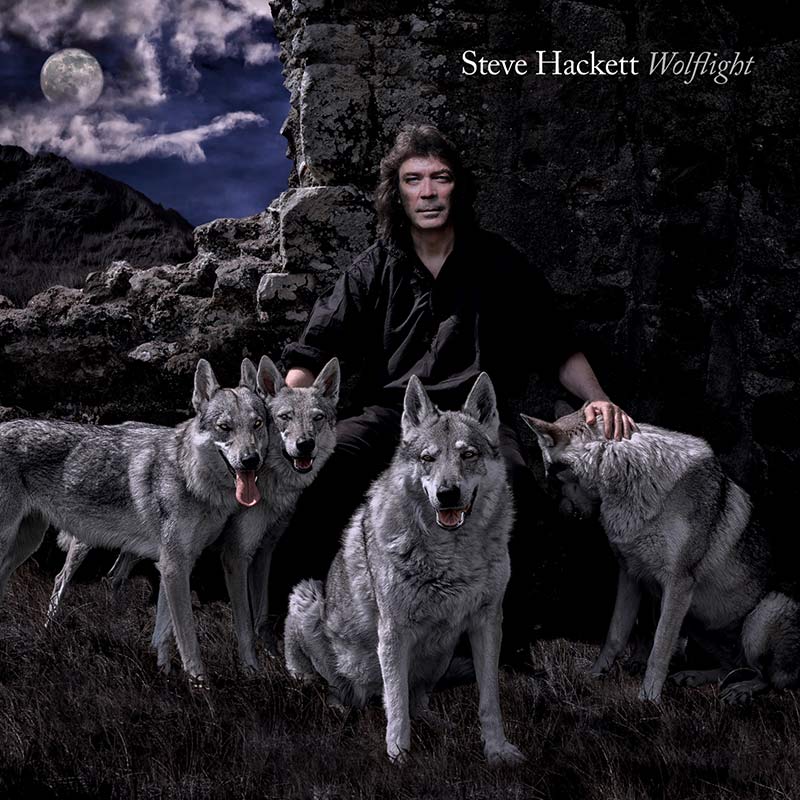 Anticipation has been higher than normal for a new Steve Hackett album following his recent, triumphant Genesis Revisited touring. I wondered how being immersed in those genre-defining classics would rub off on new compositions, and for the most part the results are positive. But if you’re expecting a Nursery Cryme Pt 2 — or even Spectral Mornings Pt 2 — prepare to be disappointed. Instead, Wolflight fits comfortably alongside Hackett’s recent solo releases like Out of the Tunnel’s Mouth and Beyond the Shrouded Horizon. Many of the musicians who participated on those albums appear again here, most notably keyboard player, orchestrator, and engineer Roger King, who seems indispensable to Hackett these days. But front and center on each track is Hackett’s guitar, both electric and acoustic. His voice also graces seven of the eight vocal tracks, although the one song he does not sing on — the closer “Midnight Sun” — is unusual in that Hackett is essentially guesting with Icelandic group Todmobile. It’s a more modern and vital sounding song and only hints at what a Hackett album might sound like if he cut the cord to Roger King and let others take over on vocals. But despite a nagging sense that Hackett is stuck in a formulaic trap of his own devising the album mostly succeeds. Even the vocal songs are buoyed by excellent playing, plus the arrangements give plenty of space to instrumental workouts that leave one convinced that touring all those old Genesis songs rubbed off on him after all.

Note that the two-disk Special Edition also includes a Blue-Ray “Mediabook” with a 5.1 mix, interviews, plus two bonus tracks.