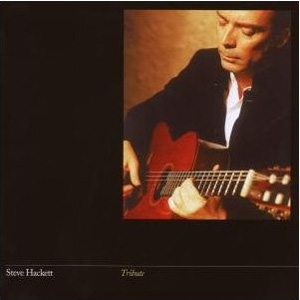 During the last decade many British rock musicians either went classic or strengthened their classical roots: examples range from Jon Lord to Roger Waters, from Mike Oldfield to Sting. Steve Hackett's pioneering work, on the contrary, dates back to the mid-70s: the first member of Genesis to release a solo album (Voyage of the Acolyte, 1975), Hackett left the famous group in 1977, some days before the release of Seconds Out. In a solo career spanning over three decades, this London-born musician has proved that a rock guitarist with classical roots can overcome deep-rooted clichés. Clichés, it's worth to say, that many fans used to treasure. Also, he reminded us that such roots do not only entail reference to well-known composers, but do include neglected ones. So does Steve in this collection of tributes to several composers, spanning from Renaissance England (William Byrd) to twentieth century Iberian composers such as Barrios, Granados, Rodrigo and Segovia.

Playing classical guitar only, Hackett reaffirms his special interest in Bach, since the great German composer is featured with six tracks, including the well-known "Gavottes BWV 1012" and "Jesu Joy BWV 147." Describing pieces in detail is useless, since each is part of a wonderful mosaic. Hackett's discography already included several classical and classical-inspired works, such as Bay of Kings (1983) and Sketches of Satie (2000). Tribute is not just another one in a row, but the heartfelt homage of a modern-day master to some masters of the past.