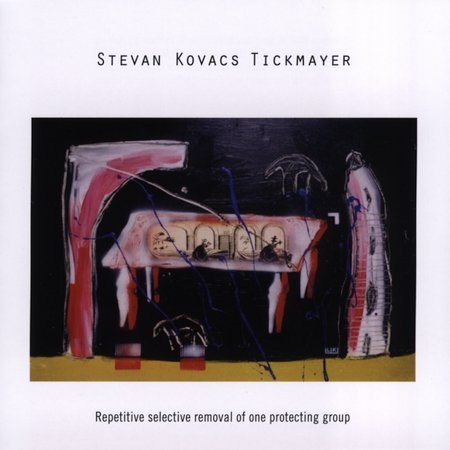 I know what you’re saying, why is this perennial commercial panderer back in the pages of Exposé? For those who think Tickmayer’s work in the Science Group is too compromised — OK, kidding. For those readers who don’t already know him, Tickmayer composes some of the most complex music human ears have ever heard. And for those who know him through the Science Group, this music is denser and less easy to parse. This series of compositions is less an album, more an onslaught of sounds varying tempi, pitch, and timbres so fluidly and precisely one thinks of computer generated music such as Doctor Nerve’s HMSL/JMSL, although this is all composed. There aren’t many people who can make music like this, and it’s just as well really, because the world has little enough appreciation for those it has. Stutter-step epileptic pulses and rhythms melting into modernist soundscapes, then to Western Culture played at double speed with Partch’s instruments; if I could figure this out well enough to really describe it we’d be somewhere. For now all I can say is that it truly is hours of challenging, fun listening pleasure. Followers of Recommended and Cuneiform won’t be disappointed; in fact, you’ll be pretty excited! So two thumbs from this corner. Besides, I’m contractually obligated to praise any album that quotes from Plan 9 from Outer Space.

[The editors have reviewed Mr. McFee’s contract. He is under no such obligation, though we understand his enthusiasm. – ed.]