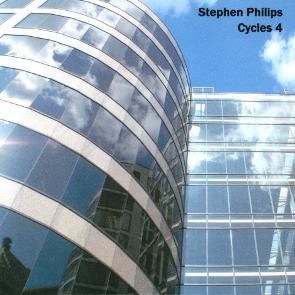 There is ambient, and then there is ambient. This is true ambient, for fans of completely tuneless, minimalist drones and occasional other sounds electronic. For example, after a couple of minutes, muted reverberant drones are met by the slow bleep-bleep-bleep sounds of sonar on a submarine. They resurface occasionally at unpredictable intervals throughout the single hour-long track that comprises the entire disc. Something resembling discrete notes moves through from time to time, giving the listener a little bit to grab onto. Though this is extremely minimalist, there are distinct musical movements. However, depending on your state of mind while listening, you may not be consciously aware of it. Though this may be sonic wallpaper for some, for others it could very well be pure elixir. I think that meditation enthusiasts will be in heaven, or any other place or state of their choosing. It is mostly shades of dark, but there are lighter passages that are quite beautiful as well. Occasionally, a more rapid pulse appears, but disappears quickly, leaving mostly the feeling of deep space, devoid of companionship but also bereft of distractions from the world left behind. A total trance trip, built for one. Come back safely.