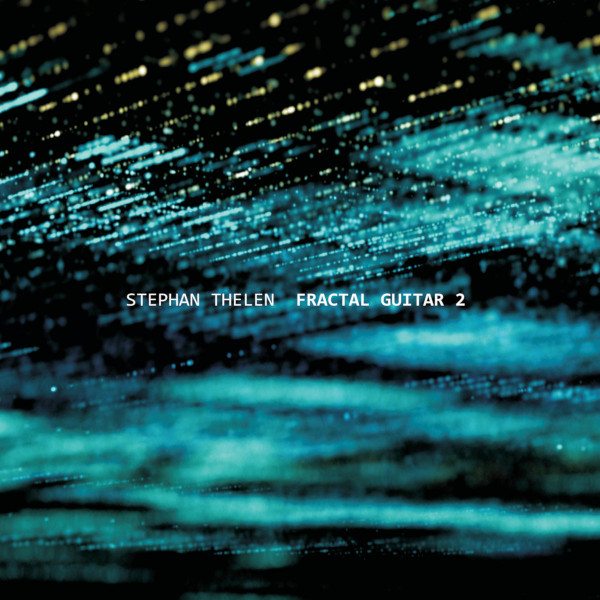 As one might gather from the title, this is the second installment of the Fractal Guitar series — the first came out in 2019, and in case you missed it, it’s every bit as worthy as its follow up. How far will the series go? No idea, but hopefully it will continue for a while longer. What exactly is it? Guitarist Stephan Thelen, who for years made his mark with the band Sonar, is at the center of these sessions, which seem to have taken place all over the world, featuring a number of other top shelf guitarists guesting (including Henry Kaiser, David Torn, Chris Muir, Jon Durant, Barry Cleveland, Bill Walker), touch guitarists (Stefan Huth, Markus Reuter), and add to that bassist Andy West, and pianist / keyboardist Fabio Anile. And for his part, Thelen plays some synths, keyboards, and organ as well. Nobody sings (yay!). Of course not everyone is playing all the time, in fact it’s all track-depending, but many of the tracks feature an impressive roster of guitarists, and to find out exactly who is playing when, one will need to refer to the Bandcamp site, which for every track details who is soloing at any given point along the piece’s timeline. There are six cuts total, the shortest eight minutes in length with the other five all seriously breaking the ten-minute mark. On three of those cuts, the drummer is Thelen’s Sonar bandmate Manuel Pasquinelli, on the remaining three it’s Andy Brugger, and some of the cuts feature percussionist Andi Pupato. Did I miss anyone? Hope not. The sounds that they indulge in could be described as complex polyrhythmic math-funk of the highest order, with many articulate deviations that enhance the overall power and intensity of the near-hypnotic rhythms. In fact much of what’s here bears rudimentary resemblance to the music of Thelen’s band Sonar, though here the entire scale is in use, not just the tritones. While one could elaborate on descriptives for each of the album’s six tracks, it probably makes more sense to jump over to the Bandcamp site and give a few of the cuts a listen before you buy. Fractal Guitar 2 is a truly amazing album that satisfies on a number of levels.