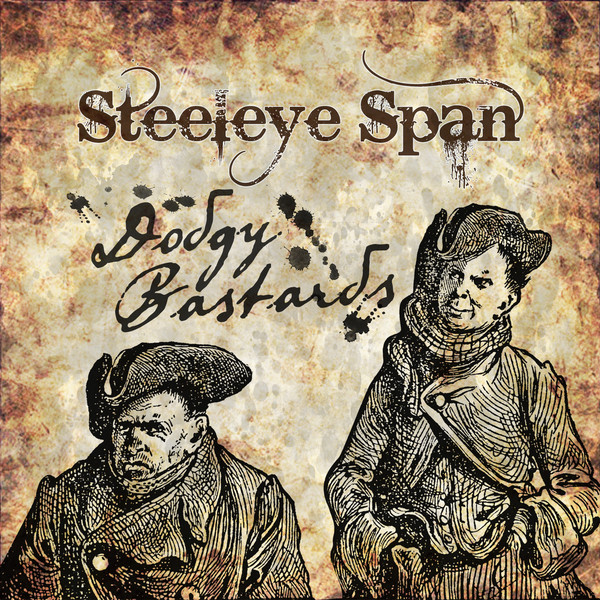 Writing about Offa Rex’s wonderful new album sparked a renewal of interest in one of my all-time favorite bands, Steeleye Span. Their albums of the 70s stand as stone classics in the genre of British folk-rock (or electric folk if you prefer that label), presenting a wealth of traditional music, both songs and instrumentals, in a way that was both accessible to audiences of the time and superbly performed. More so even than Fairport Convention, who had a much higher proportion of original songs, Steeleye brought a new creative energy to material that had already stood the test of time. Even after their heyday, they continued to release good music, albeit at a slower pace than the sometimes two albums a year they managed in their first decade. I recently discovered that I was several albums behind in their catalog, and quickly rectified the situation. Dodgy Bastards came out in 2016 and is (I think) their 22nd studio album. Present from the old days are Maddy Prior (lead vocals) and Rick Kemp (bass, vocals), joined by some newer faces: Jessie May Smart (violin, vocals), Julian Littman (mandolin, guitar, keyboards, vocals), Spud Sinclair (guitar, vocals), and Liam Genockey (drums). This set of 12 tracks can fit comfortably among the band’s best work, containing some excellent playing all around. Smart’s violin in particular is stellar, refined when that’s called for or devilishly wild when she solos. Some of the tunes rock as hard as anything in their past, blending acoustic and electric sounds expertly, and there are several lengthy story-songs, like “Johnnie Armstrong,” “Cruel Brother,” “Cromwell’s Skull,” and the epic “The Lofty Tall Ship / Shallow Brown.” There’s not a weak link in the whole chain, and I can unreservedly recommend this to both those who love their old material and anyone interested in investigating the intersection of folk music and rock.