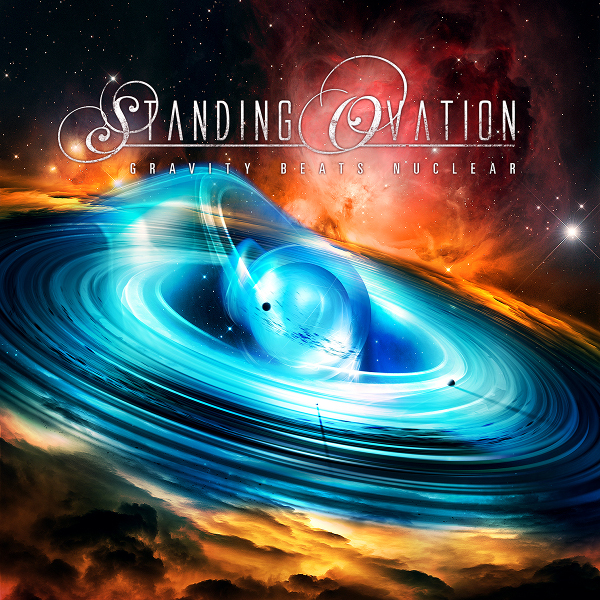 Gravity Beats Nuclear starts out much like Standing Ovation’s previous album, with a short, delicate instrumental piece followed by a melodic progressive metal song. At its base, the band’s music is still progressive metal, with occasional diversions into other realms. The keyboards do a lot to set this band apart from the crowd — while other prog metal bands have prominent keys, the way they’re used here is different, whether it’s 70s style overdriven organ, lyrical acoustic piano, accordion, or contemporary digital synths. Another big plus is the quality of the backing vocals: in addition to Jouni Partanen’s lead, three members contribute backing, and they’re spot-on in a way that you don’t often hear in this genre. There’s also a sense of humor about the dark subject matter, as exemplified by “Hellbillies,” which is like a summary of a kitschy low-grade horror film about rural cannibalism (“One for the money, two for the show, are you gonna get away? Oh, hell no!”) complete with a banjo cameo. No, I don’t know what “Gravity Beats Nuclear” means, but that’s not a requirement for enjoyment. The band’s penchant for offbeat chord progressions and rhythmic complexity is intact, so I’d say anyone who enjoyed The Antikythera Mechanism will also go for this one.