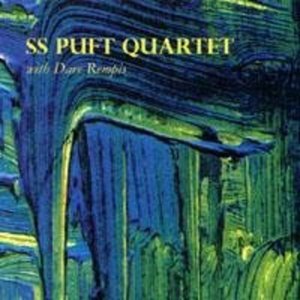 Four Athens natives + one collectively channel their improvisational demons with this two disc set on the independent Solponticello label. Saxophonist Dave Rempis (on loan from Vandermark 5) runs out of the starting gate with the first piece as guitarist Colin Bragg whines over Blake Helton’s jazzy time keeping. Three of the pieces have compositional bases to start with, beginning with Bragg’s “Navajo,” featuring trumpet player Jeff Crouch and Rempis ramping it up before segueing into a great solo lead guitar phrase (not unlike pre-Mahavishnu McLaughlin). Rempis returns to solo blowing later (comparable to Evan Parker) as the rest of the group sits out until the free-for-all closing leading. “Ether” provides a relief from the outright chaos with Erik Hinds’ bowed H’arpeggione (a custom upright bass) underpinning Bragg’s acoustic guitar inserts. Disc two is dedicated to smaller combinations rather than the group outing. Rampis’ solo sax excursion leads the disc with a focus on silence overcome by short blaring stabs and abrasive squeals. “Jeff and Dave” is a muted duet between the two that is both raspy and raucous. Maybe the best ensemble track in the set is “Sludge,” where Hinds begins the improv with an ascending low-end nudge before the entire group takes off again into a sprint. “Blues for Arnold” closes out the disc with Bragg showing a Holdsworth-like solo style across a swift tempo. Overall, the set is a pretty good outing and holds much promise for the label going forward.