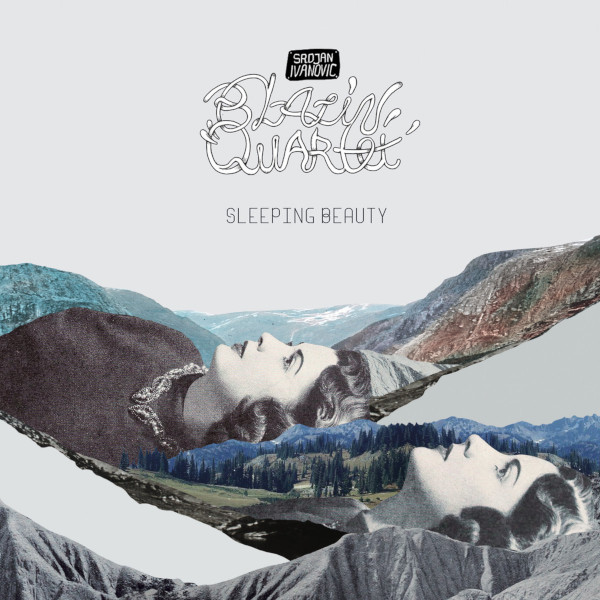 What we have here is the latest release by this international five-piece ensemble led by Bosnian-born drummer and keyboardist Srdjan Ivanovic; the Blazin’ Quartet — here augmented by guest flutist Magic Malik — is based in Paris, making a total of five players across these nine tracks, which together comprise an outstanding new entry in the jazz idiom. The remaining players include Greek trumpeter Andreas Polyzogopoulos, Bulgarian double bassist Mihail Ivanov, and Italian guitarist Federico Casagrande, while Magic Malik is from the Ivory Coast in West Africa. The quartet has been going a while, with three previous releases under their collective belt since 2009. Sleeping Beauty offers a fresh sound full of power, emotion, and beauty, a sound that is free of predictability within a genre that has often become predictable. The album was previously released by a French label late in 2020, with Moonjune picking it up for worldwide distribution in 2021. Two pieces here were composed by the late Italian composer Ennio Morricone (“A l’Aube du Cinquième Jour (Gott mit Uns)” and “The Man with the Harmonica”), the remainder composed by Ivanovic (and “Andreas” composed jointly by Ivanovic and Polyzogopoulos). Following a short, somewhat ambient “Intro,” we jump right into the main version of the album’s title track, where the group does an amazing job pulling off what seems at times like an improvisation built around a composed theme, with Polyzogopoulos’ trumpet jumping right out at the listener. Later in the program, there is a solo guitar version of the same piece by Casagrande, a truly magical and beautiful solo piece. The first of the Morricone pieces “The Man with the Harmonica” offers a gentle foundation with powerful solo spots fror trumpet and later guitar, after which a moody fadeout winds the piece down. “Rue des Balkans” gives the listener a superb folky undercurrent with some great counterpoint between trumpet and Malik’s flute over a tastefully pounding rhythm. The track also features some uncredited wordless vocals that make it quite unique. All taken, Sleeping Beauty offers the listener a fresh and boundary-stretching take on jazz.