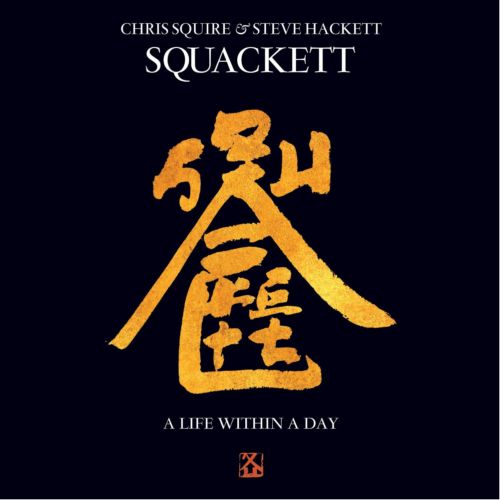 Here is one of the most anticipated releases of 2012, bringing together prog titans Steve Hackett of Genesis and Chris Squire of Yes (in case the groan-worthy moniker didn’t tip you off). The album was an outgrowth of collaborations begun with Hackett’s last two releases, and if you liked those songs then you should enjoy this collection as well. The lead-off title track establishes the pattern for what is to come, setting Hackett’s vocal against bombastic orchestrations that are balanced by bass and guitar pyrotechnics. The songwriting leans more toward Hackett than Squire, though the big guy never fails to make his presence known, whether on backing vocal harmonies or with his signature bass sound and playing. Long time Hackett partner Roger King is the critical third leg in the arrangement with his sophisticated orchestrations, keyboards and production mastery cementing everything together. Hackett fans are well acquainted with his work but it’s great to hear Squire in such a rich tableau. The few relatively lightweight songs (“Divided Self,” “Aliens”) may not win many fans among hardcore progheads, but that’s not what this collaboration was about to begin with, since what bonded Squire and Hackett was their mutual love for melodic vocal acts like The Hollies and CSN. This shows up in gems like “The Summer Backwards” or “Can’t Stop the Rain” (which also features some uncharacteristically jazzy guitar from Hackett). Squire’s excellent “Perfect Love Song” finishes things off in style, leaving me hoping for more. Recommended.